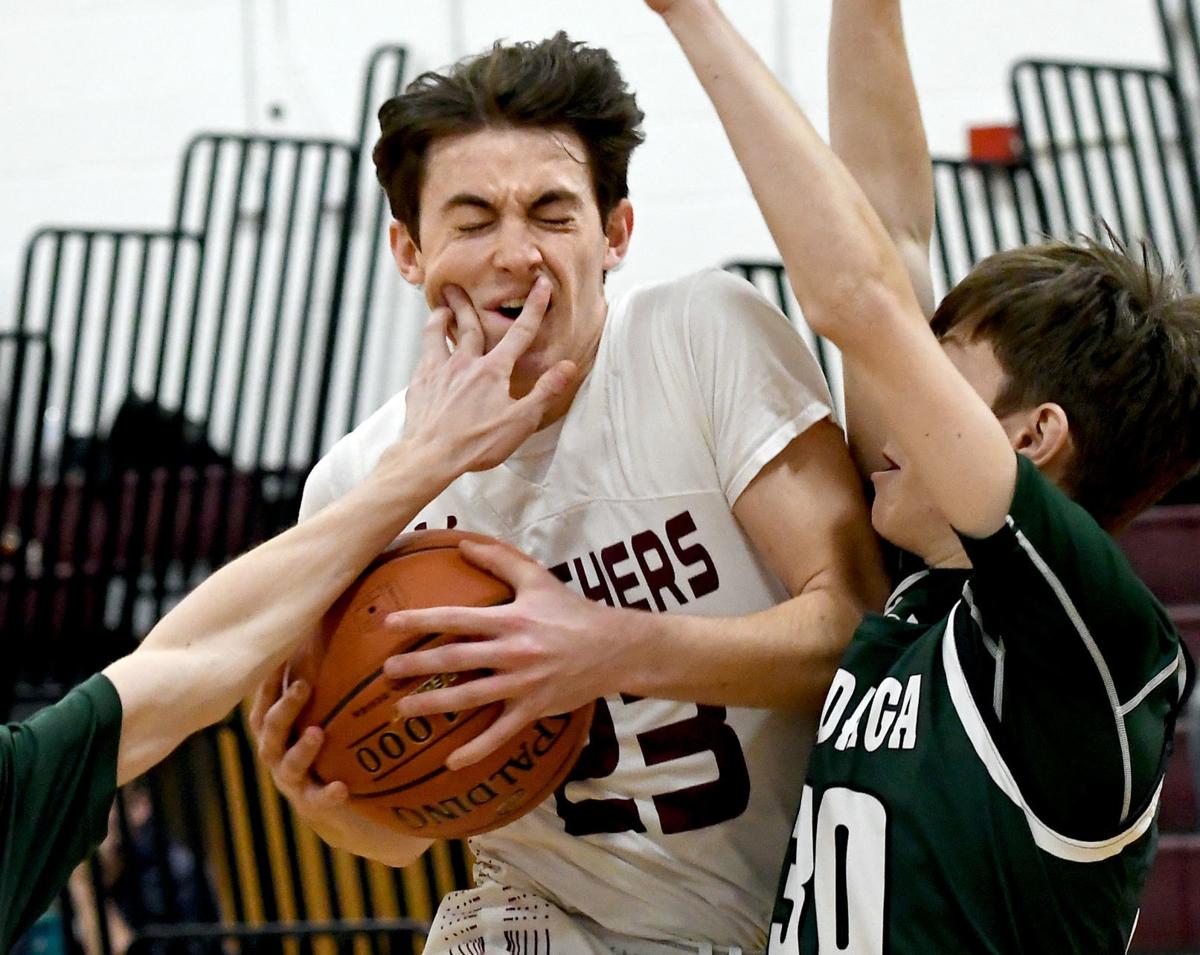 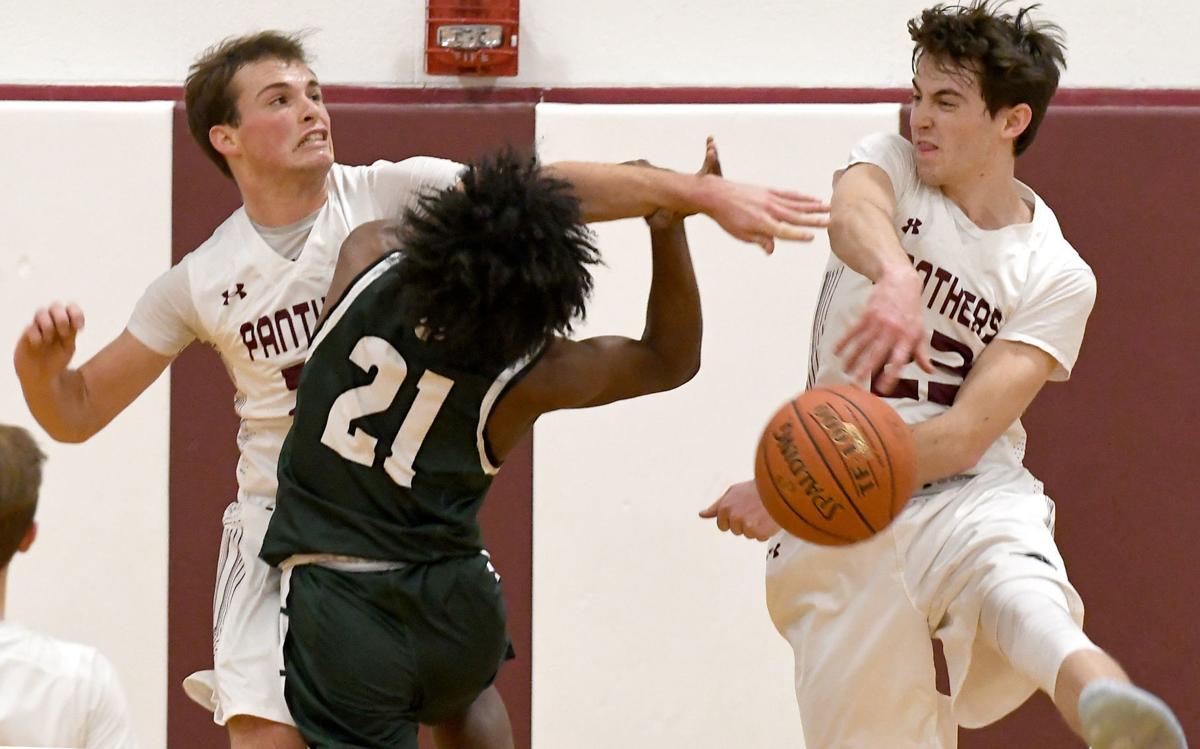 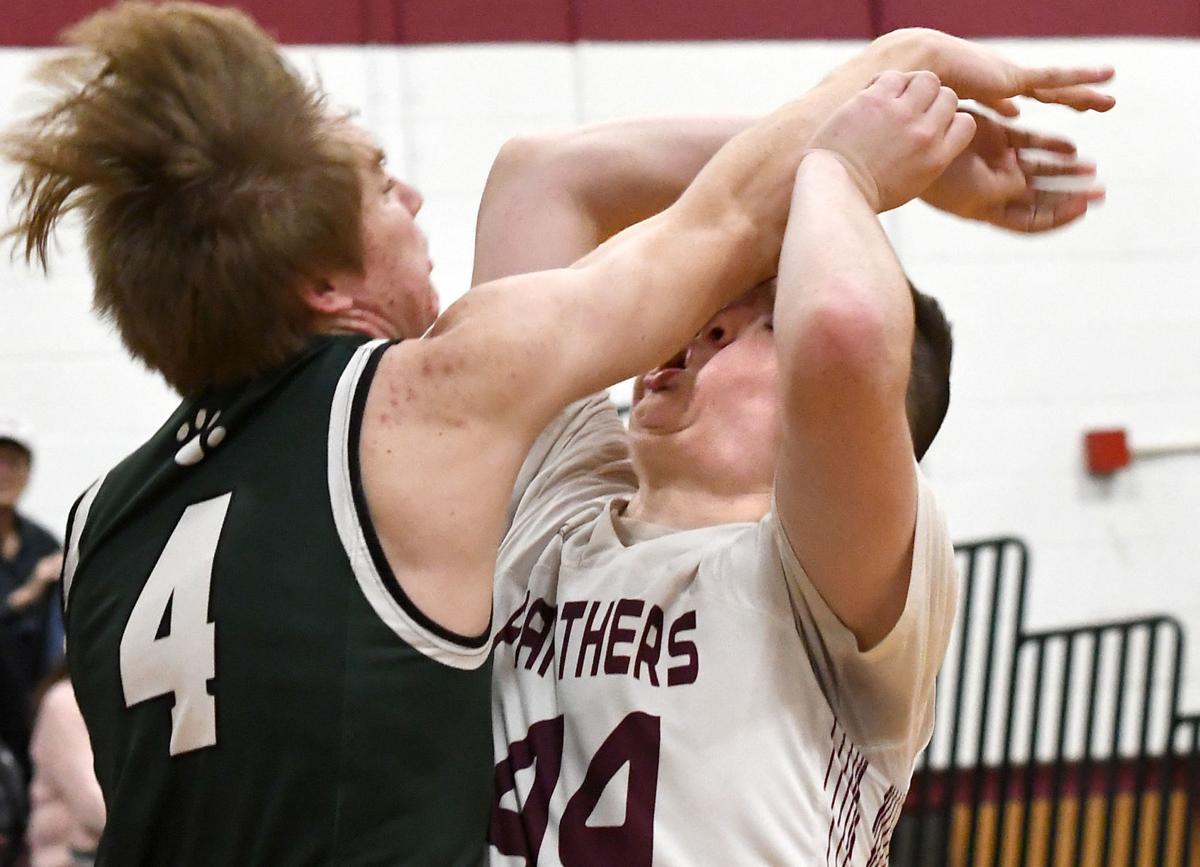 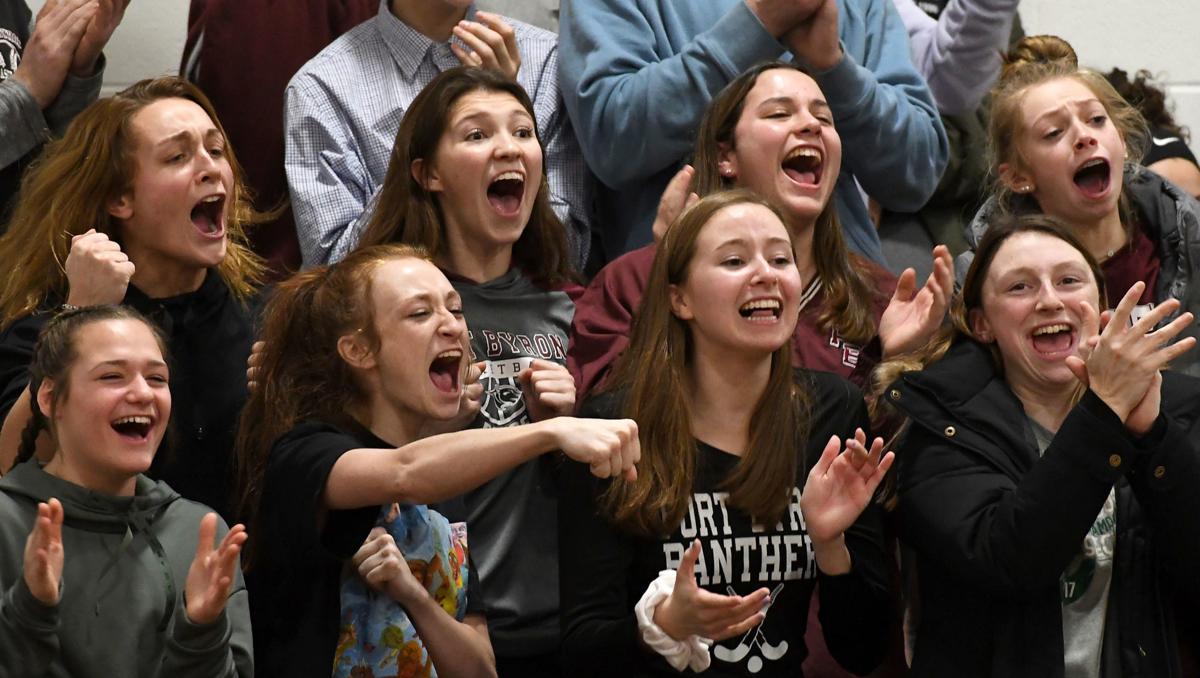 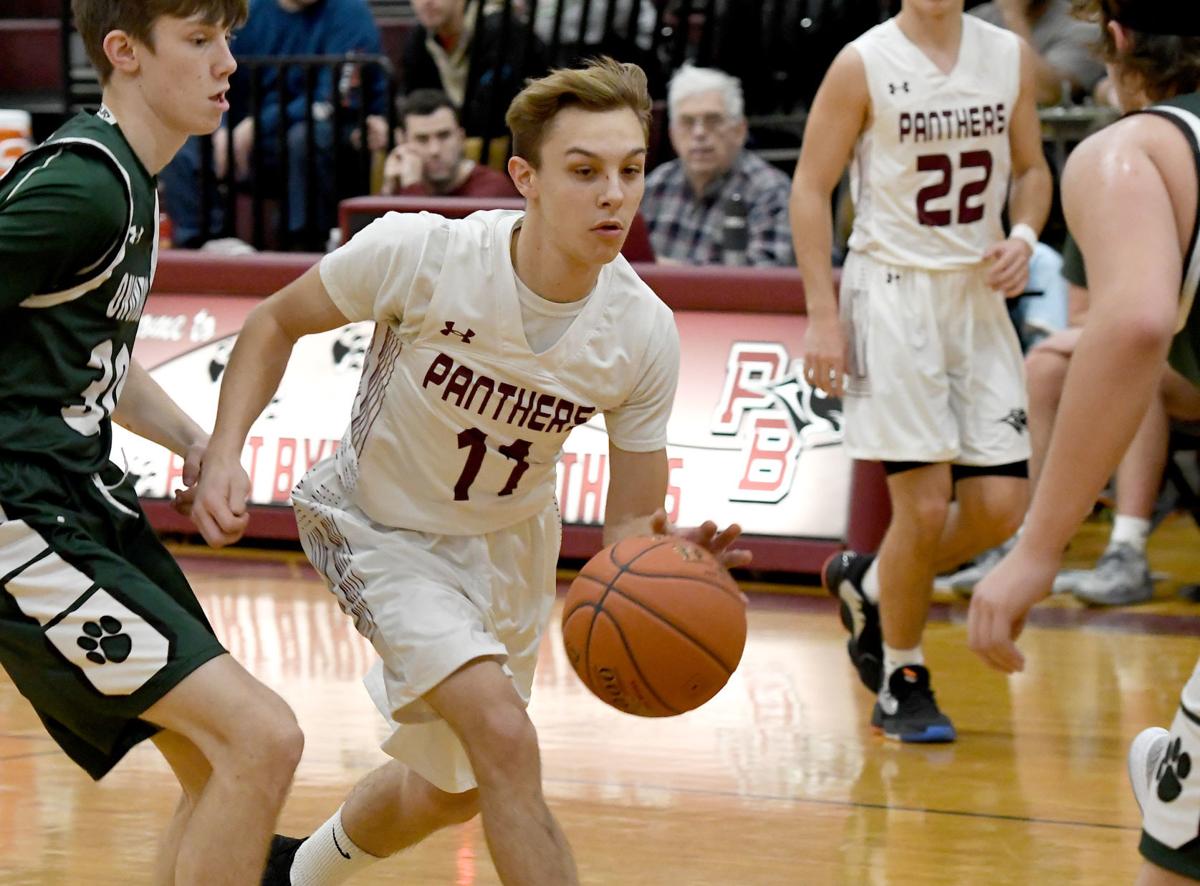 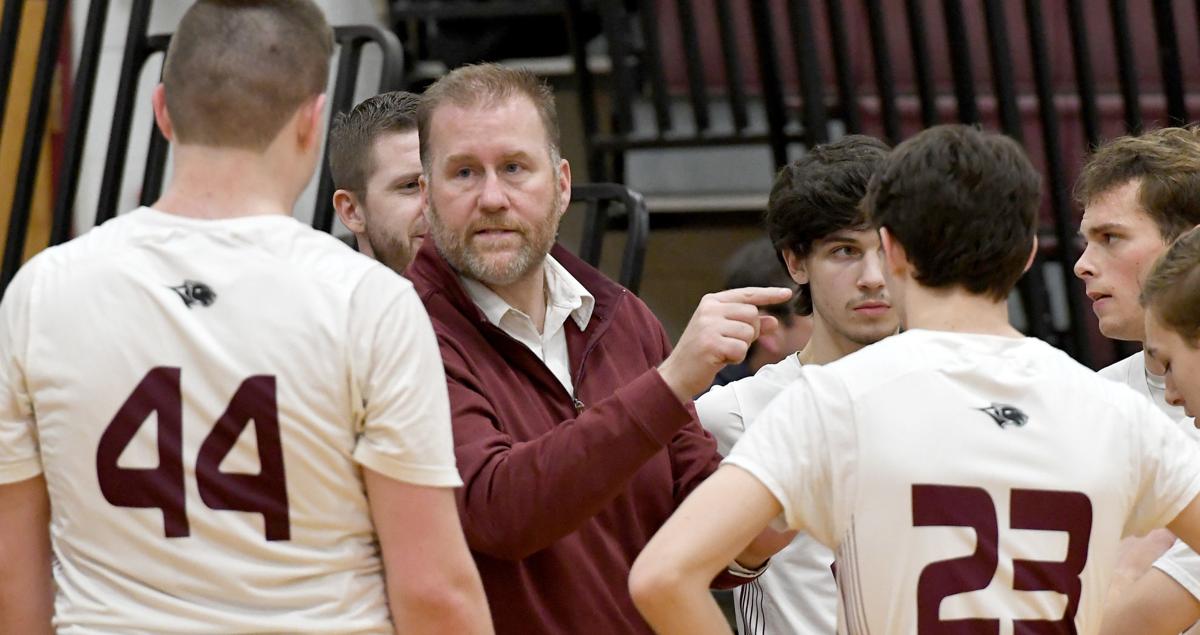 Port Byron head coach Mike Hermann talks with his players during a timeout against Onondaga during boys basketball at Port Byron High School. 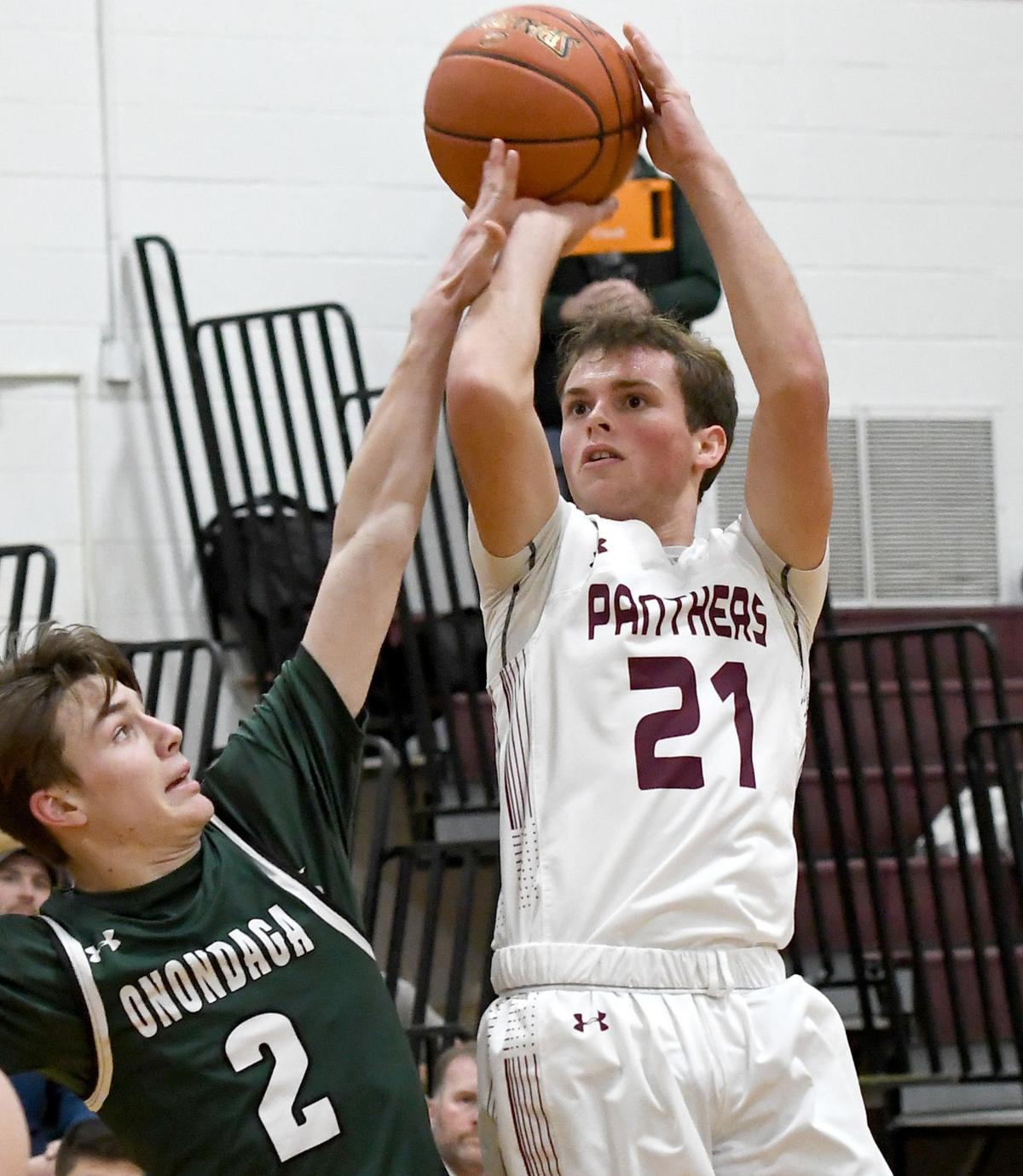 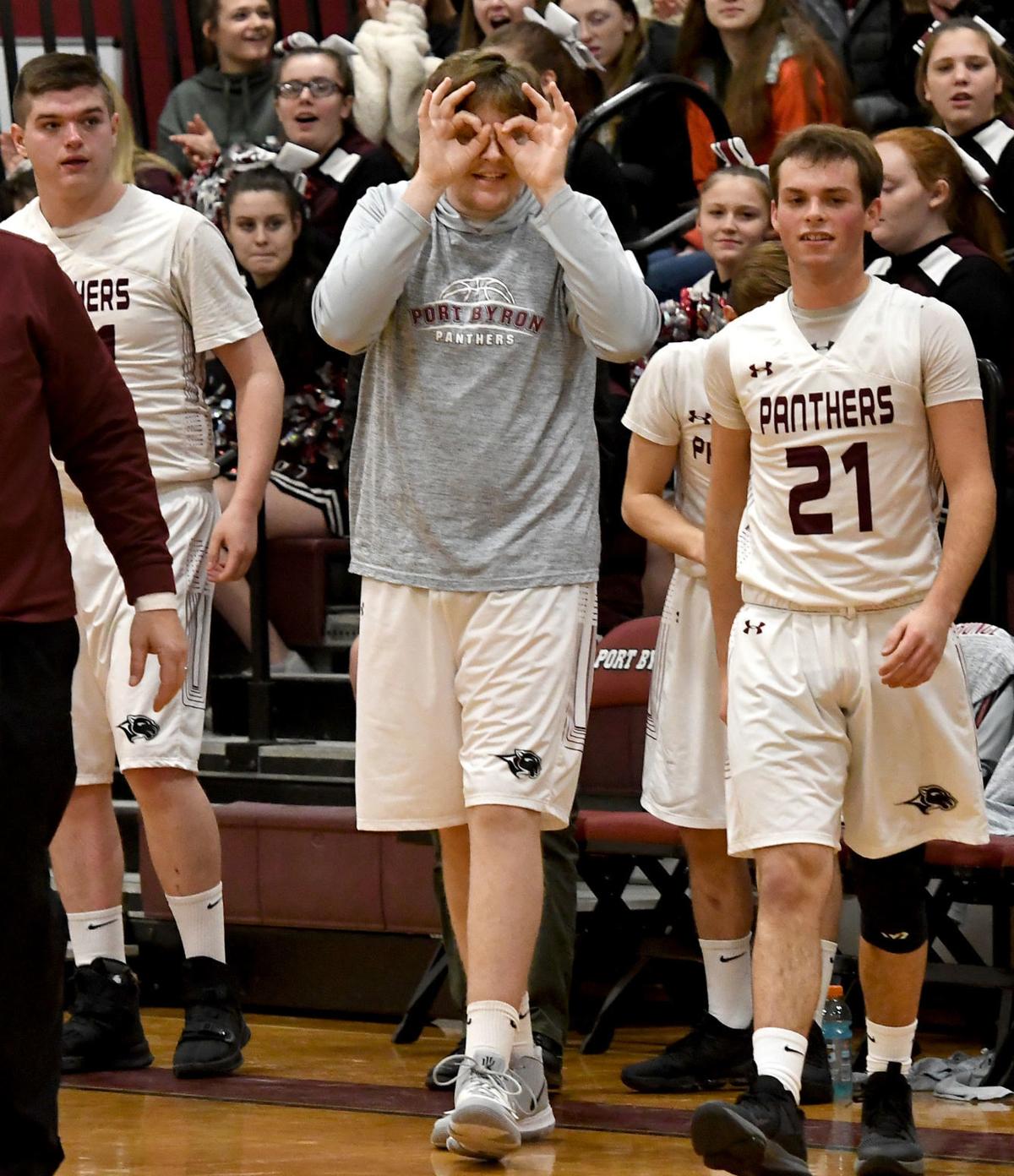 Cato-Meridian boys basketball jumped above .500 for the first time in almost a month, defeating Faith Heritage 64-57 on Friday Night.

Three players scored 10 or more points for the Blue Devils, led by Marcus Ramacus with 18 points. Next up was Trevor Lunkenheimer with 15 points, and Robbie Krieger added 12.

Cato-Meridian was down 34-26 at halftime, but outscored Faith Heritage 21-8 in the third quarter to take the lead.

The Blue Devils (6-5), after losing four straight from Dec. 23 to Jan. 2, have now won four straight. Cato-Meridian next travels to Marcellus on Tuesday. The Mustangs beat the Blue Devils in their previous meeting at the beginning of the month.

Port Byron hits the road for Fabius-Pompey on Monday.

Jamesville-DeWitt 66, Auburn 61: Auburn fell behind early to a hot-shooting Red Rams team. The Maroons held J-D without a made 3 in the second half, but couldn't compete the comeback.

Newfield 82, Moravia 63: Deegan Sovocool and Justin Pettit both posted 20-point nights, but the Blue Devils couldn’t take down the Trojans.

Skaneateles 6, Oswego 0: Garrett Krieger scored a pair of goals and a pair of assists to life the Lakers.

Jack Henry contributed a pair of goals, Charlie Russell had a goal and an assist and Cole Heintz scored a goal. Cam Lowe added three assists and Charlie Major had a pair of asissts.

Skaneateles 2, Ithaca 1: Grace Kush and Olivia Cox each scored a goal for the Lakers.

Coronavirus stimulus checks: Who will get (at least) $1,200?

A fourth person has tested positive for the novel coronavirus in Cayuga County — the first new case in five days.

A tent is set up, a portion of the building has been cleaned and internet service has been installed.

A Cayuga County Sheriff's Office employee has tested positive for the novel coronavirus, and about 10 employees have been placed under quarant…

The head of the union representing correction officers at New York prisons has tested positive for the coronavirus.

Port Byron head coach Mike Hermann talks with his players during a timeout against Onondaga during boys basketball at Port Byron High School.