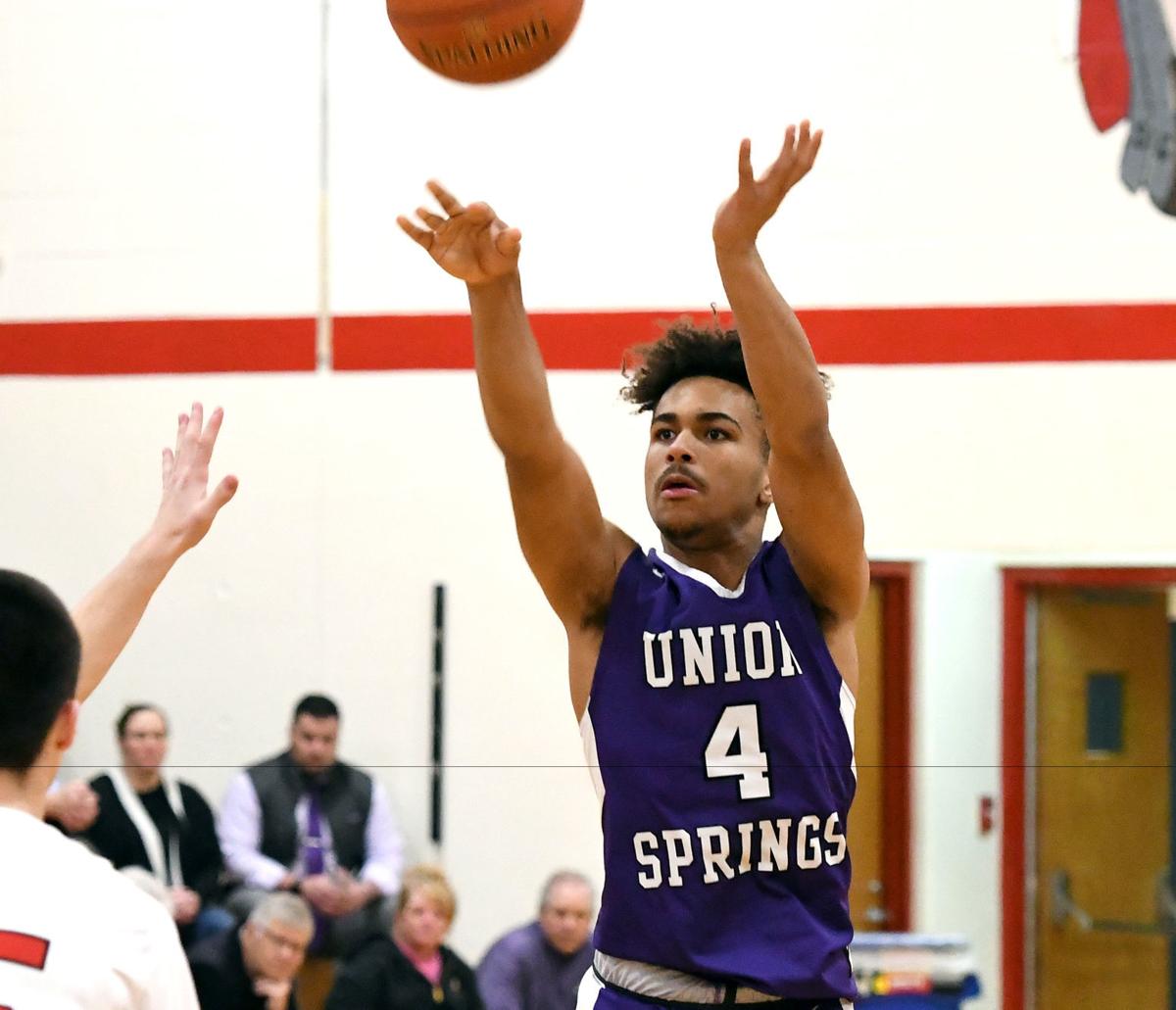 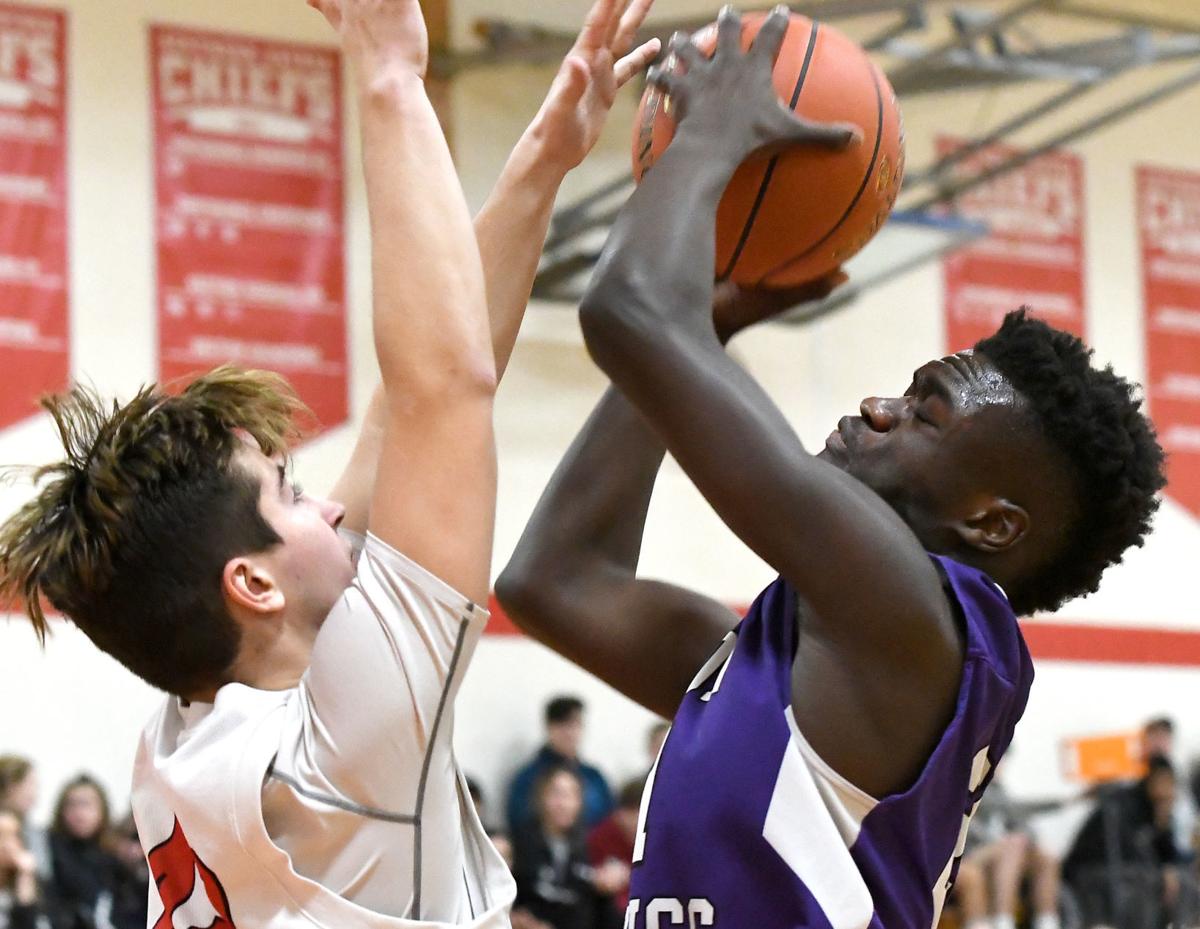 POPLAR RIDGE — It was one of those nights for a pair of Union Springs shooters, the basket looking as big as an ocean.

Those two shooters were sophomores Jose Reyes and Hunter Martin, who combined for 55 points as the Wolves defeated Southern Cayuga 83-71 in boys basketball Tuesday at Southern Cayuga High School.

The pair took turns leading Union Springs’ offense. In the first quarter Martin took charge, scoring 14 of the Wolves' 23 points in the opening quarter, including a pair of 3s. In the second quarter, it was Reyes’ show. Union Springs' point guard drained three 3-pointers, including one from deep at the halftime buzzer, to build the Wolves’ lead to 49-36.

Union Springs’ lead increased to 17 at the end of the third quarter. Southern Cayuga didn’t go away quietly, cutting its deficit to 12 at one point, but the Wolves were able to preserve the lead and tack on another win to their season.

“Defensively we gave up our points tonight, but they weren’t easy buckets,” Union Springs coach Dan Cerro said. “We were getting runs and getting layups on the break. When you get up 10 or 15, you’re able to shoot the ball — it’s not like the end of the world on every shot — and we moved the ball great tonight. When you’re making those shots, it starts to snowball.”

Reyes finished with a game-high 28 points on six 3s, while Martin knocked down five 3s and totaled 27 points. Damon Brown added 10 for the Wolves, while Kobe Haight scored eight and Chris Daum chipped in with seven.

Jackson Otis was the go-to guy for the Chiefs. The Chiefs fed Otis early in the game, and he converted those touches into Southern Cayuga’s first nine points. He ended up with 27. Nick Thurston also had a strong scoring night with 17, including nine in the second quarter, and Nate Thurston contributed 10.

While the future could be bright for Union Springs with Reyes, Martin and Brown all underclassmen, Cerro isn’t looking ahead. Union Springs (11-8) has one more tune-up before sectionals, a trip to Gilbertsville-Mount Upton next Tuesday. With some consistency, he hopes his Wolves can make a run this season.

“We’ve been right there with everybody,” Cerro said. “I’ve just gotta get us to believe. Obviously I’m excited about the future, but you only get so many years with these kids. Those guys are gonna be here and will have their moments down the line, but you never know.

“We’re coming along. It’s been a rough couple weeks, but I’m glad we bounced back the last couple days and we got to beat our arch rival.”

Southern Cayuga (7-10) continues its busy week Thursday on the road at Newark Valley. A road trip to Groton follows on Friday.