3rd major COVID-19 vaccine shown to be effective and cheaper. Get the latest developments.

Two-and-a-half years ago, Cole Johnson was laying down in his dorm room at Medaille College in Buffalo, staring at the ceiling.

Fresh on his mind was his former high school basketball program in Moravia, which weeks earlier had captured the New York state Class C title.

Like many in the Moravia community, Johnson was inspired. Then thoughts on creating a movie began to circle in his mind.

"I thought that would be a hell of a story to tell, to be able to let the people of Moravia revisit that from where it began to reaching that state title," Johnson said in an interview with The Citizen Saturday. "I know how much people love it."

WHAT: Film screening of "One Dream, One Team, One Family"

A 2015 graduate of Moravia, and a three-sport athlete in basketball, baseball and football, Johnson attended Medaille in pursuit of a career in sports broadcasting. His loyalties to Moravia High School ran deep. He fell in love with the boys basketball program when, in 2008, varsity coach Todd Mulvaney made Johnson and two future teammates, Joey Peppe and Jared Lyon, the team's ball boys.

As a junior and senior from 2013-2015, Johnson was a starter for the Blue Devils' varsity basketball team, and he continued to follow the program after graduation because of all the friends who remained with the program.

Originally intended to be a shorter video that solely focuses on the 2016-17 team, Johnson began writing a script, and quickly his idea evolved into something much larger.

Mulvaney, a Moravia graduate himself, took over the varsity basketball program in 2007 and led the Blue Devils to five section titles in eight years from 2010-2017, culminating in the Class C state title in 2017. The film, which Johnson said approaches 2 1/2 hours, will recall all of those seasons.

About 35 interviews were conducted, with appearances from Mulvaney and members of his coaching staff, 2017's Class C Co-Player of the Year Gabe Short and a handful of other players from Moravia basketball history. Even current Auburn girls basketball coach Al Giannone, who was a coworker of Mulvaney's in Auburn's physical education department prior to Mulvaney's return to the Moravia school district, has an appearance.

While the movie encapsulates many highlights over the years, it also delves into some low moments. Only a few months prior to the state title win, the Moravia community was shook when student Dustin Mondics, a member of the basketball team, was involved in a multi-vehicle accident that resulted in several surgeries and, at the time, a fear he might not survive.

The section of the film recalling Mondics' accident and the aftermath was among the more difficult to string together.

"That was probably the part I looked most forward to, but it was also tough. I was on a roll and I got to that moment in the script for his accident ... there's a few moments where I didn't know what to put in," Johnson said. "When I was talking to those guys about it, for a couple of them it was hard to talk about. They were so young at the time, 17- or 18-years old, and they thought one of their best friends was not gonna make it.

"Naturally they move on and he's OK, he's still with us and doing really well. But a couple of them got a little emotional."

This past academic year, Johnson was enrolled in Syracuse University's broadcast and digital journalism graduate studies program, which he admits limited the amount of time he could spend working on the movie. He's most recently been interning at WPRI 12 in Providence, Rhode Island, where he covers the New England Patriots.

Despite his typically busy schedule, Johnson was able to complete the Moravia film this summer. The next step was figuring out how to showcase it.

Originally the plan was to show the movie at Millard Fillmore Elementary School, but COVID-19 restrictions crushed that plan. The next potential host was Fillmore Glen State Park, but current state rules limit social gatherings to 50 people or less.

Johnson finally came in contact with Kelly Davis, a Moravia native who owns a portable drive-in business, who agreed to assist with the film's debut. The film, titled "One Team, One Dream, One Family," will be shown Sunday, Sept. 6, at the Moravia Fairgrounds.

Tickets can be purchased online on Facebook. All proceeds from the $16 admission will go to the Alliance of Parents and Teachers, which is working with the local Rotary Club.

As of Saturday afternoon, Johnson said, over 40 tickets have been sold. For those that cannot attend the live screening, DVDs or an online download option will be available in the coming weeks.

Recalling the 2 1/2-year journey to releasing the movie, Johnson said one of the most satisfying parts of the process was reconnecting with old teammates and friends, and revisiting their basketball memories.

"To look back on it years later, now that we've all evolved as people and grow older and more mature ... we were so close with each other," Johnson said. "To sit down and rehash all of that stuff and look back and talk about these really awesome moments, it was nostalgic and kinda beautiful.

HIT: To Cole Johnson, a 2015 Moravia High School graduate who has created a documentary film on one of the most impressive scholastic sports p…

Whether it be the desire to save lives or the adrenaline rush, something about fighting fires has always been attractive to Parker Dickenson.

From student to teacher: Short makes transition from Moravia basketball star to coach

Not too long ago, Gabe Short was slipping his Moravia No. 50 jersey over his shoulders and leading the Blue Devils to a state championship. 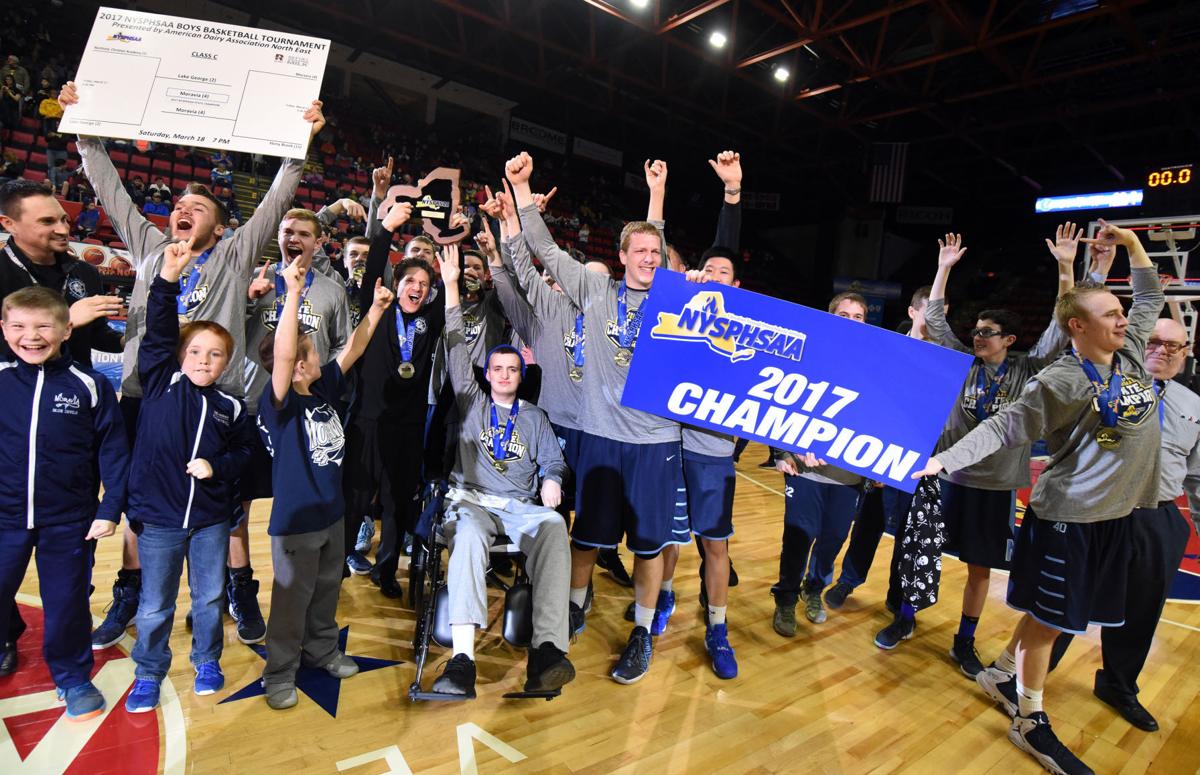 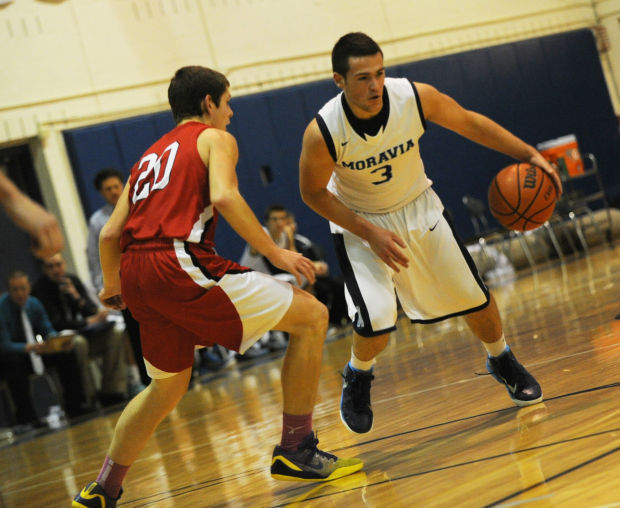 Moravia's Cole Johnson, right, controls the ball against Southern Cayuga in 2015. Johnson, a 2015 Moravia graduate, is debuting a film focused on the varsity basketball program that culminates in the team's 2017 state title win.