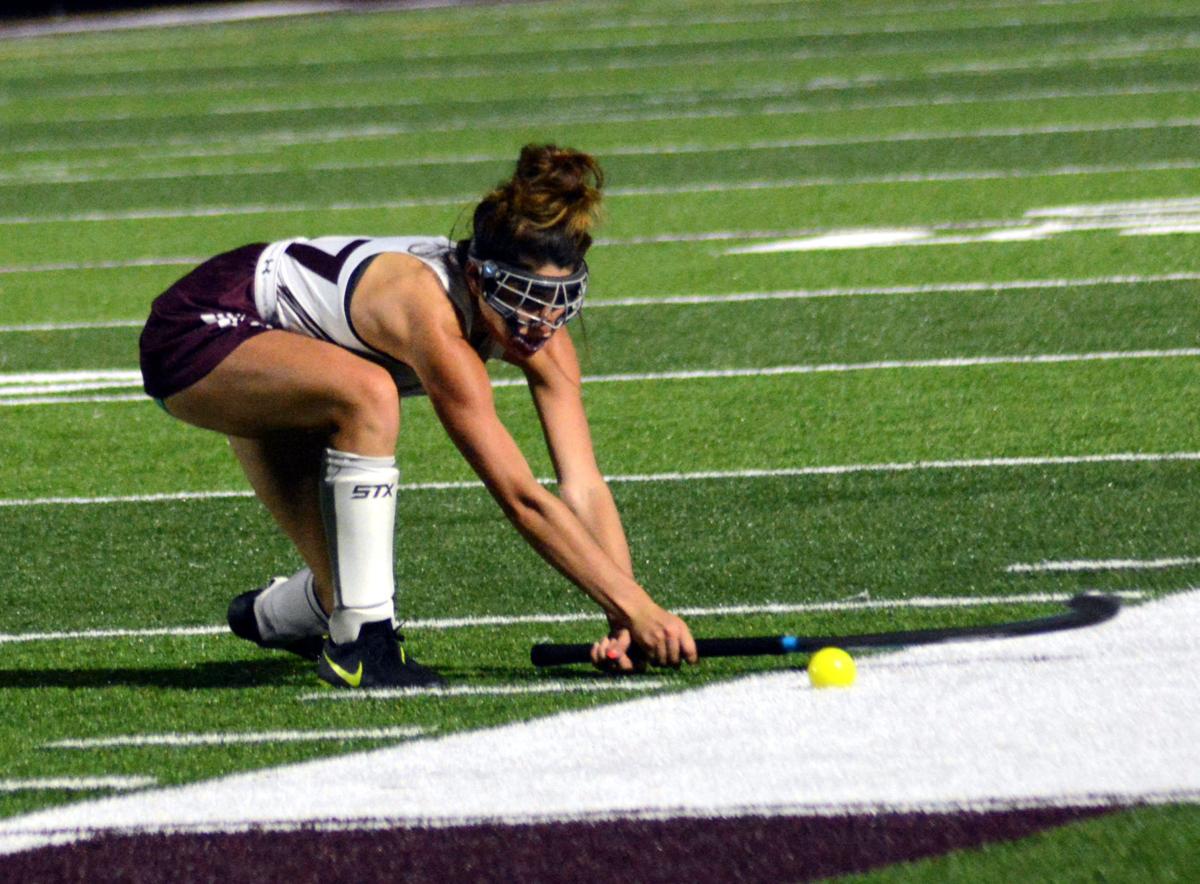 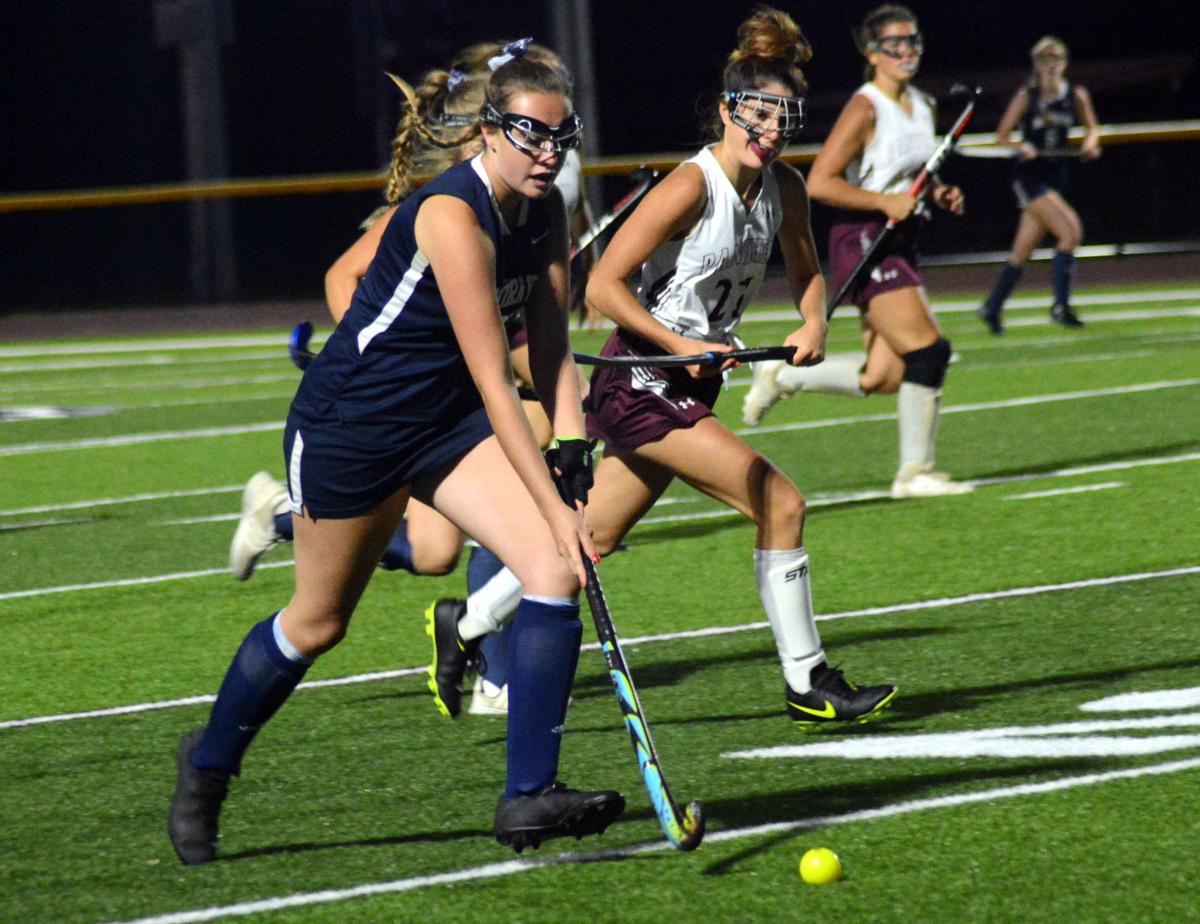 Moravia's Rachel Bancroft brings the ball up the field against Port Byron in Port Byron Monday. 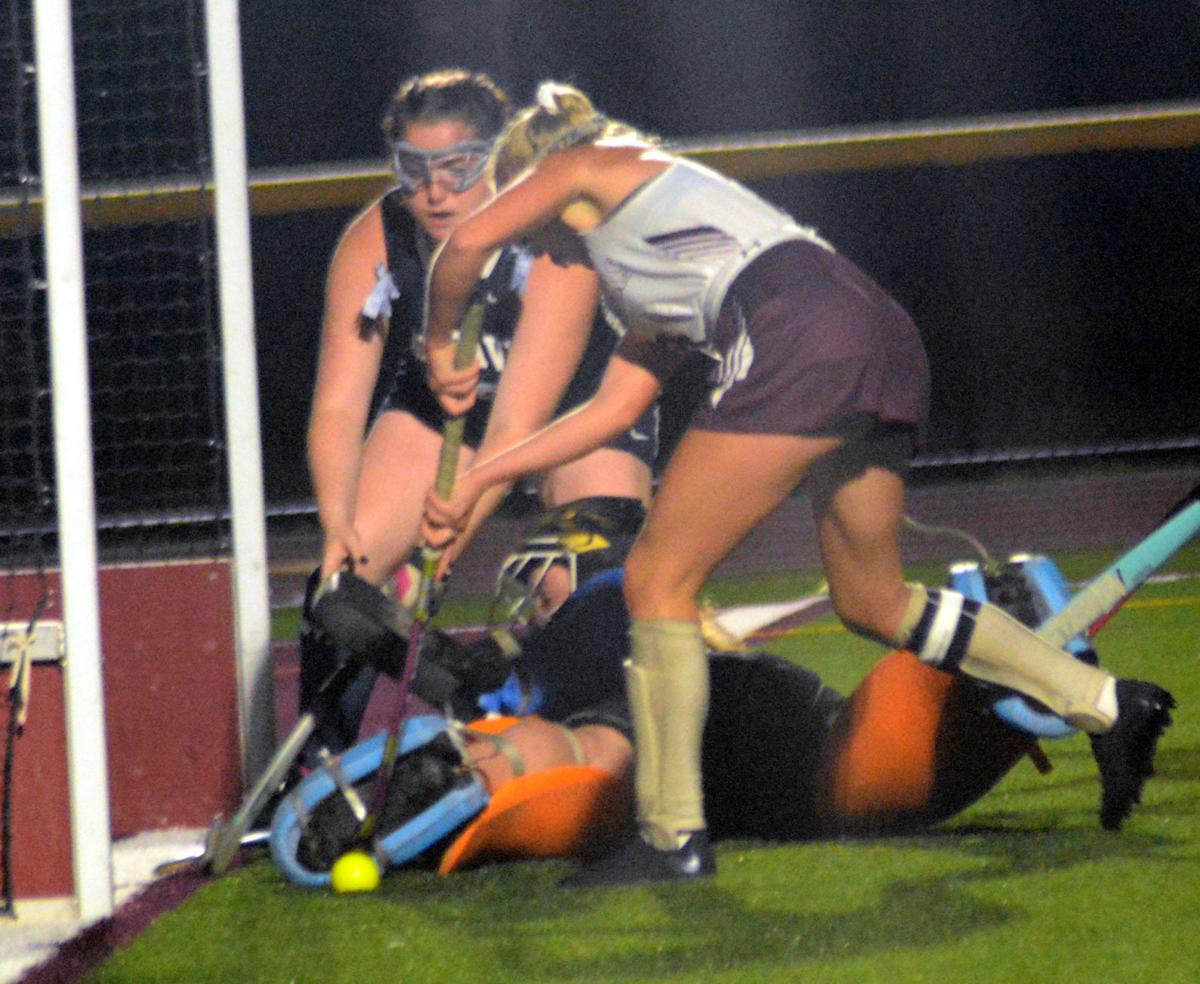 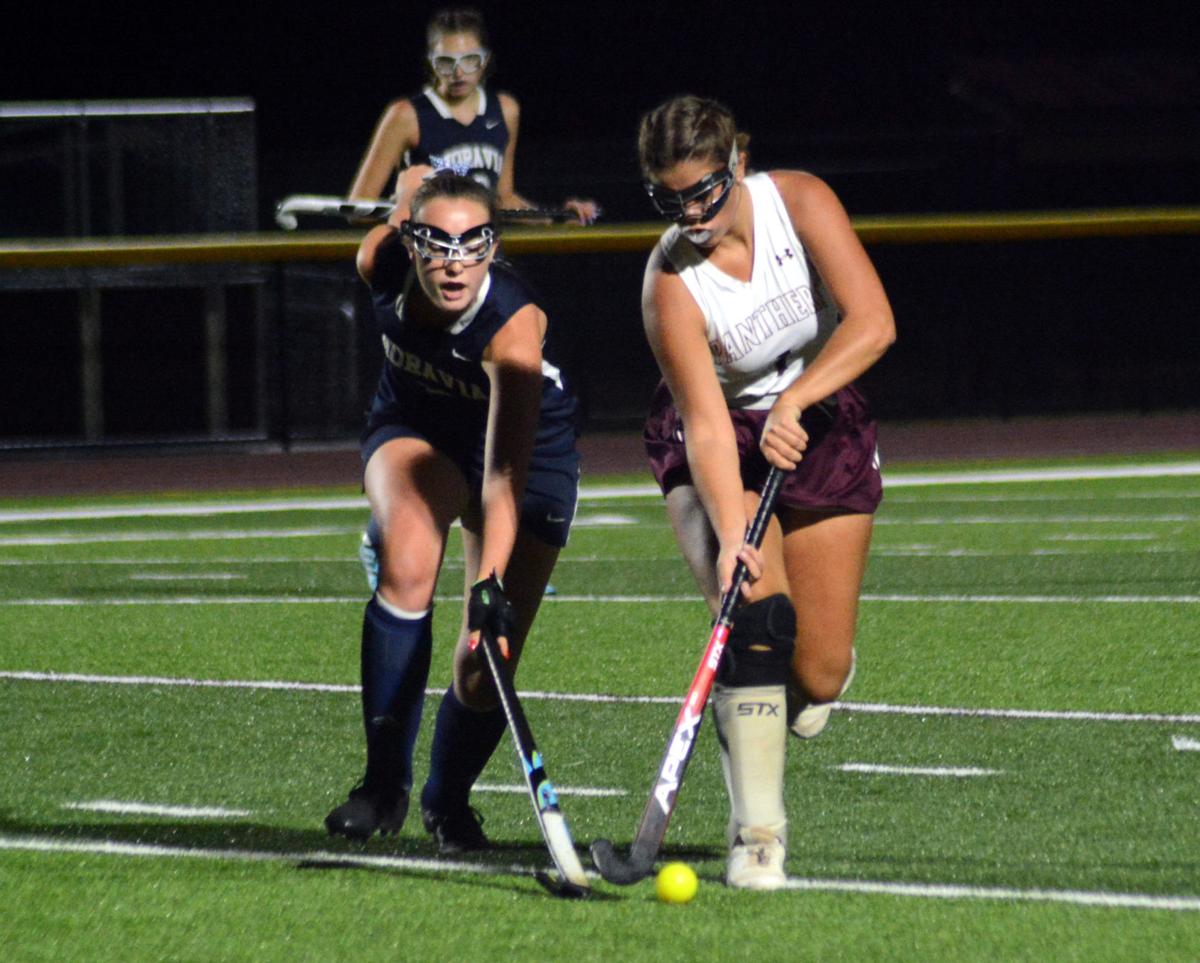 PORT BYRON — The teams traded chances during the 10 minutes of overtime, but no winner could be decided.

The Panthers netted the game-tying goal with a little more than three minutes left in regulation and neither team scored in the extra session, as the Port Byron field hockey team tied Moravia 2-2 in Port Byron Monday night.

"Overall, I'm really happy with the way my kids played," Panthers coach Mindy Gilbert said. "They had the mental toughness and hung in there until the end. They definitely gave it everything they had and left it all on the field. This group works well as a team and there's a lot of positive chemistry.

"It's unfortunate we didn't come out on top, but it was a hard fought battle and I'm proud of them."

Moravia's Chloe Hansen and Joy Weed each scored once, Rachel Bancroft and Bailey Williamson each collected an assist, and Brook Purdy finished with nine stops in net.

Grudzien opened the scoring 13:39 into the contest when she drove down the wing straight to the net. Her initial shot was stopped, but she continued to jam away until the ball hit the back of the Blue Devils' net.

Hansen evened the score with 9:34 left in the first half, and the teams went into halftime knotted at 1-1. Moravia created the better chances early in the second half, with Weed putting the Blue Devils ahead 8:06 into the frame.

"The girls were working together well the whole game," Moravia coach Heather Susek said. "The girls have been doing an awesome job finding each other on the field. ... We were able to connect and work like we've been practicing."

Gilbert called a timeout with 11:11 remaining in regulation to rally her players, but the Panthers' best chances came in the final six minutes. Purdy made a save on a cross pass with 5:20 left and Port Byron created another Grade A chance off a penalty corner less than a minute later.

The Panthers were able to score the equalizer with 3:08 left in regulation to send the game to overtime.

"The whole game we were trying to transfer the ball to the opposite side of the field ... and once that happened, it gave us more opportunities and the kids got more confident," Gilbert said.

The teams traded chances in the 7 vs. 7 overtime, including Burns making a pair of sprawling saves on Moravia chances in the final 2:33, but neither team found the deciding goal.

"We played our hearts out today," Susek said. "It was a really tough game, and we found a couple ways to score but so did they. ... It was hard fought for both teams."

Moravia has started the season 1-1-1 after graduating six girls from last season's team, including top scorers like Sierra Lyon and Grace Wasileski.

"It's still early yet in the season and we have room to grow," Susek said. "Anything I give them in practice or in a game, they're really able to execute. They're great hockey learners and they work to improve every single time they're out here."

"It's tough because it'll be on grass and that's a different surface," Gilbert said. "We'll have to adjust to that, but it'll be the same type of battle.

"The kids are ready. They're ready to work hard tomorrow to get ready for that game."

SKANEATELES — Tim Pidlypchak and Neale Baran gave up bowling four years ago. Both walked away from the game for different reasons yet the pair…

Did the Buffalo Bills err by not drafting Patrick Mahomes?

It's a question that's been floated during the Kansas City Chiefs' last two playoff runs. Did the Buffalo Bills make a mistake by not drafting…

Eli Manning is a New York Giants legend, a Super Bowl champion and a Pro Bowler. The one thing he shouldn't be, though, is a Hall of Famer.

Derek Jeter wore No. 2 for the Yankees, but he won't be the No. 2 unanimous selection to the Baseball Hall of Fame.

Moravia's Rachel Bancroft brings the ball up the field against Port Byron in Port Byron Monday.