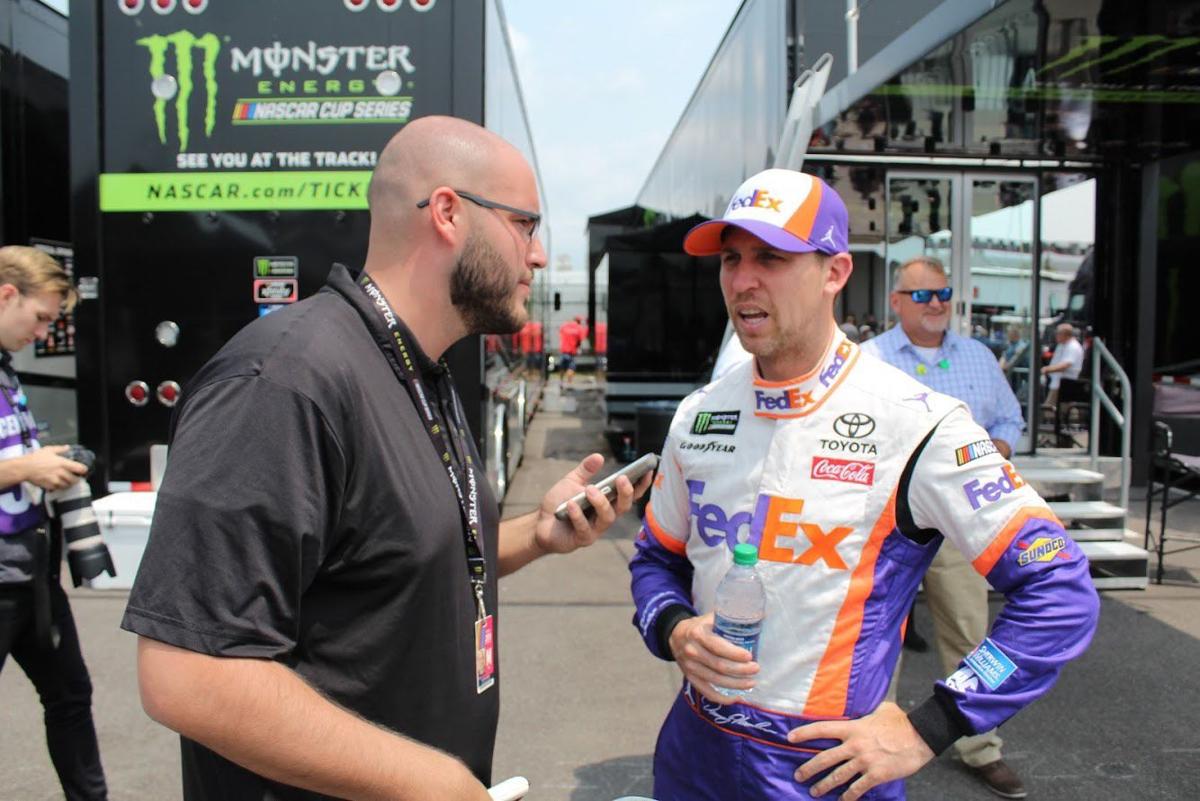 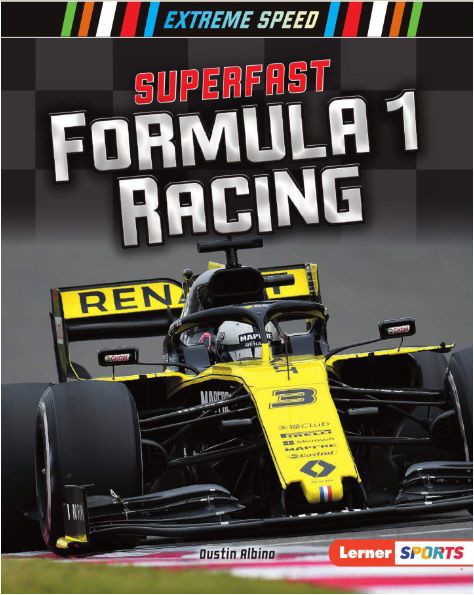 Written by Dustin Albino, "Superfast Formula 1 Racing" is a children's book released on Jan. 1 that focuses on various aspects of Formula 1 racing. 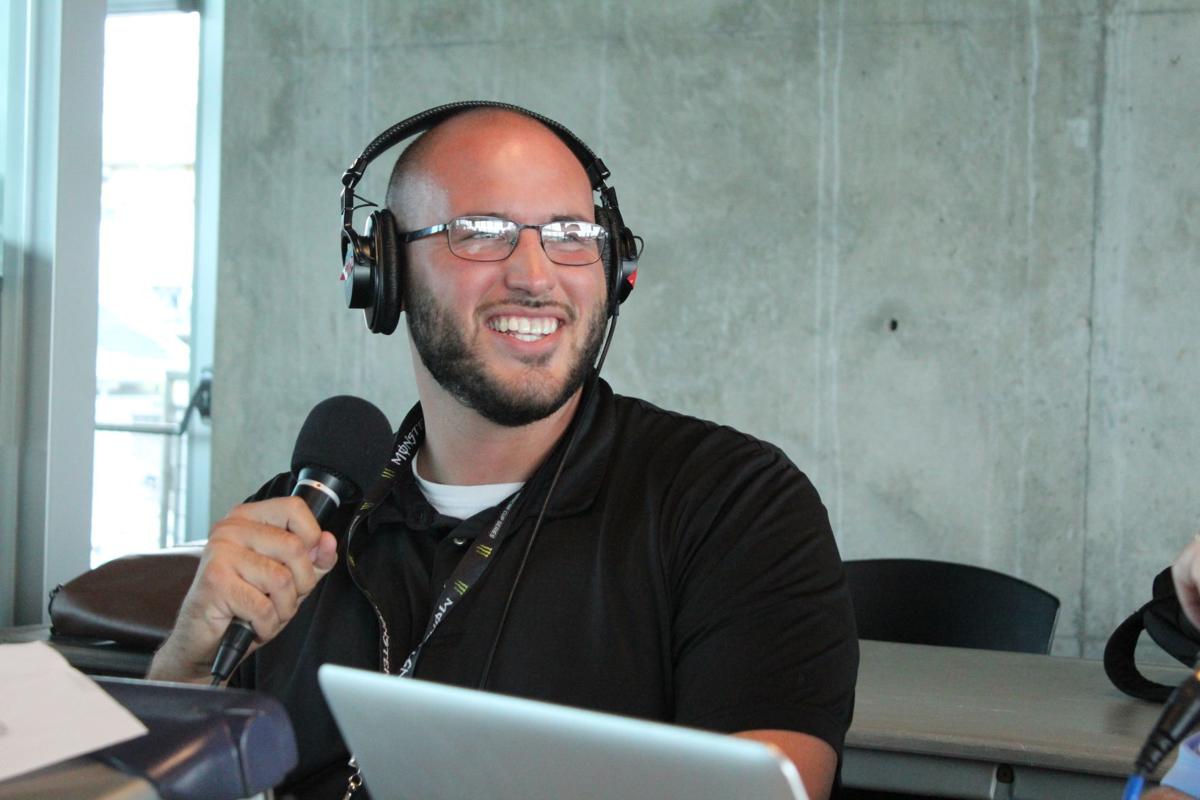 When presented with a chance to write a book on that subject matter, Albino took it on full throttle.

His book, "Superfast Formula 1 Racing," is part of a series from publisher Lerner Sports that focuses on various aspects of the Formula 1 racing circuit. Geared toward a second-to-fifth grade reading level, the book was released on Jan. 1 and spans four chapters focusing on Formula 1's history and rise to prominence, specs on the various cars, safety procedures, and the race day experience.

More of a NASCAR follower, Albino admits that he was far less familiar with Formula 1 while formulating the book and that he learned plenty along the way. Regardless, it was an experience he appreciated.

"It's a good way to get your name out there for sure, and an opportunity I couldn't turn down," Albino said.  "It was a good experience."

Thinking back to his childhood, Albino has been a fan of auto racing since "probably before I could walk." He remembers spending time with his grandmother as a 3-year-old, her turning on the television for a race, and becoming fascinated with the green car on screen — NASCAR Hall of Famer Bobby Labonte's green car.

"That drew me in," Albino said.

Albino graduated from Union Springs High School in 2013 and continued his education at Cayuga Community College before transferring to Ithaca College to pursue a journalism degree. By then he knew his dream, to become a full-time NASCAR writer.

Aside from authoring a book, Albino has contributed sports writing to The Citizen and also writes and podcasts for Frontstretch, an independent website that covers NASCAR, Indy Car and Formula 1. Working for Frontstretch, Albino has broke a handful of auto racing stories over the last year and gained some valuable connections, whether it be professionally or in the garage.

"I've had so much fun working with them," Albino said. "We're just starting to hit the point where we're turning the corner, not just in terms of content but in terms of getting sponsorship."

To get to this stage of his writing career, Albino has traveled all over the Atlantic coast to cover racing events, "and a lot of it is on my own dime." In 2016 he traveled down to Daytona Beach, Florida for the Daytona 500. He's made trips to Bristol Motor Speedway in Bristol, Tennessee; Indianapolis Motor Speedway in Indiana; and Martinsville Speedway in Virginia. Most of these drives require 10 or more hours on the road.

When Albino covers racing events, he often tweets out statistics from the races. Once after a July race in Daytona, Albino sent some less-than-positive tweets about NASCAR driver Clint Bowyer's performance. Bowyer saw the tweets and responded in jest by "giving me the middle finger." He then sent Albino a direct message saying he was only joking, and then began following Albino's account.

In late October on his way home from Martinville, Bowyer responded to a tweet from Albino regarding the latter's long travels.

"Next time your looking at a 9.5 hr drive to come cover our sport for people to read and enjoy I’ll buy your plane ticket. Will be disappointed if you don’t let me know," Bowyer tweeted.

That tweet received over 200 retweets and 5,000 likes. Albino declined Bowyer's offer, but still appreciates the sentiment.

"That meant the world to me, and that's not the only time," Albino said. "I don't know what he sees in me. Maybe it's passion, maybe it's dedication, or maybe it's all of that."

Even though he's now authored a book, Albino isn't satisfied at this stage of his writing career. As he continues to build his brand, even at personal monetary cost, he thinks his hard work will eventually pay off.

"You have to make your own opportunities which is hard," Albino said. "It's a risk and I've sacrificed so much for this. It's a draining way to live your life because you're always on the road. Hopefully one day it pays off.

SKANEATELES — Tim Pidlypchak and Neale Baran gave up bowling four years ago. Both walked away from the game for different reasons yet the pair…

MORAVIA — Take away the second quarter, and Moravia girls basketball was step-for-step with one of Section IV's best teams, undefeated Newfield.

Did the Buffalo Bills err by not drafting Patrick Mahomes?

It's a question that's been floated during the Kansas City Chiefs' last two playoff runs. Did the Buffalo Bills make a mistake by not drafting…

Eli Manning is a New York Giants legend, a Super Bowl champion and a Pro Bowler. The one thing he shouldn't be, though, is a Hall of Famer.

Written by Dustin Albino, "Superfast Formula 1 Racing" is a children's book released on Jan. 1 that focuses on various aspects of Formula 1 racing.