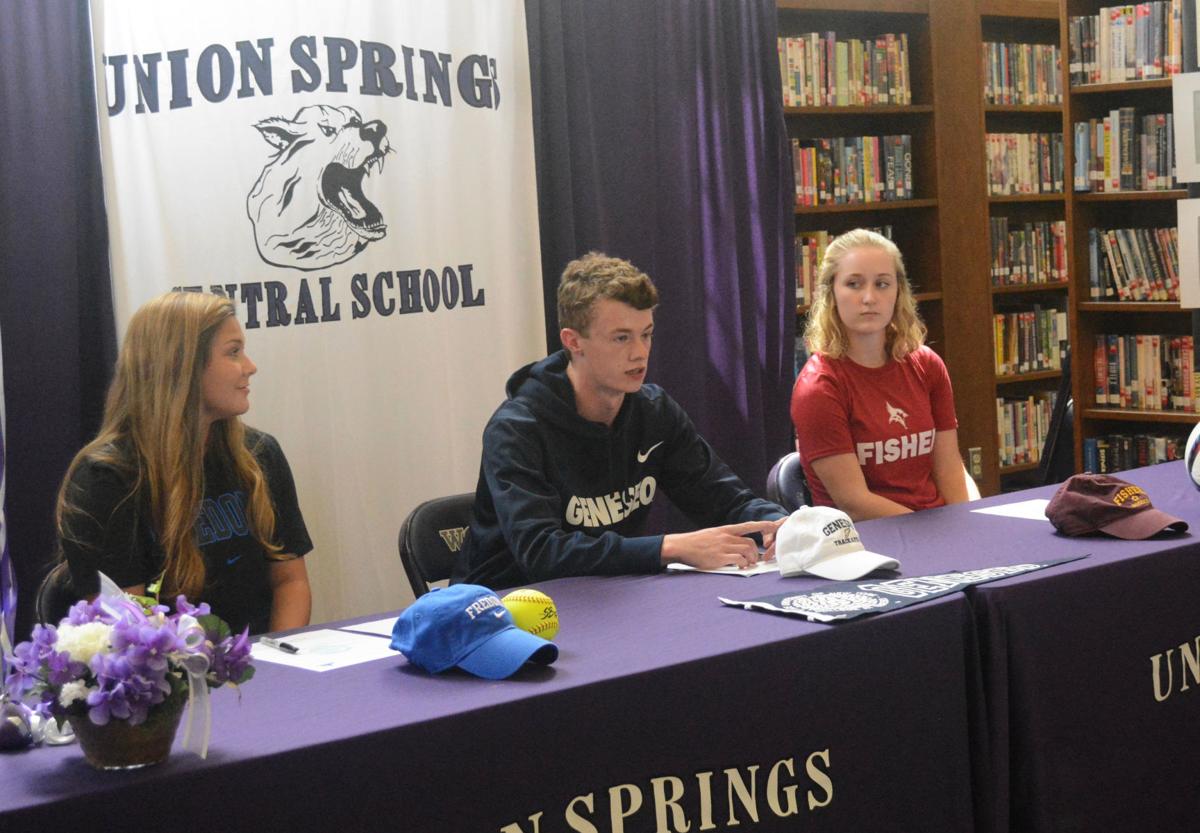 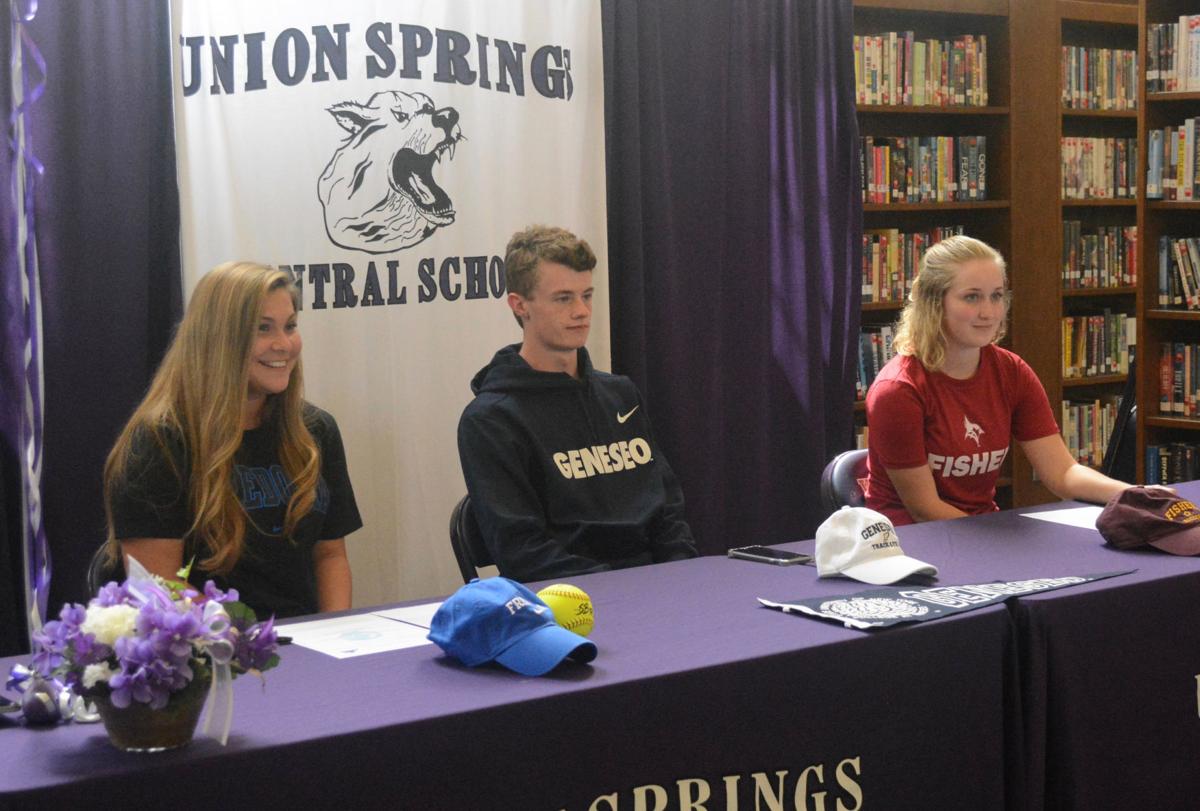 Bailey Mudge will continue her softball career at Fredonia State, Eric Ryan will run for SUNY Geneseo and Zada Seitz will play soccer at St. John Fisher College. Jon Jackson, who will run for Ithaca College, was originally supposed to be at the event as well, but a Pentathlon meet came up.

For Mudge, Ryan and Seitz, it was an exciting feeling to make their college decisions official.

"It's a great feeling. My dream throughout high school and elementary school was to play collegiate softball," Mudge said. "I know it's DIII, but I'm glad I get the opportunity to play."

Seitz is coming back after injuring her ACL in September. The senior had surgery in October, began running three months ago and was cleared to practice three weeks ago.

Seitz has a target date of June 1 to return to the field with the Northwest Chautauqua Soccer Club.

Seitz called Fisher her "dream school," because of the campus and the college's pharmacy program, and was glad to get a shot to play in college despite most of her senior season.

"It feels very surreal," Seitz said. "This fall I actually tore my ACL, so not being able to play this fall but still having the coach reach out to me to play made me feel proud of myself that throughout the course of the rest of my high school (career) I was able to do that."

The academics and proximity to home also played a factor for Ryan. He originally planned to attend the University of Tampa, but changed his mind.

"I know that after four years, track probably won't take me (anywhere), but a degree from there will," Ryan said. "That's what I'm looking forward to. Getting a good job and doing what I want to do."

Ryan was inspired to compete at the collegiate level by his friend and former teammate Evan DeGraw, who is a sophomore at Albany.

"I wanted to follow in his footsteps and compete at the college level, and not just make myself proud, but the Union Springs community," Ryan said. "I want to make them proud and believe in the sport of track and field again. It's kind of underappreciated."

For Mudge, the Fredonia campus, team and coach had the vibe she was looking for.

"The feeling when you walk on campus is great," Mudge said. "The atmosphere feels like home, and the coach is like my dad. He knows what he's talking about and I like it."

Mudge said she was deciding between two schools, with Fredonia being her final choice.

"I definitely think it was a long process, but it definitely was worth it," Mudge said.

In the coming months, local competitive runner Martin Nat will take on each of the 11 Finger Lakes to raise money for mental health.

Cayuga County-area bowling scores for the week of Jan. 16

The Auburn Ice Hawks Bantam team, sponsored by Simmonds, Brady and Loi, won two of its three games over the weekend.

Cayuga County-area bowling scores for the week of Jan. 9