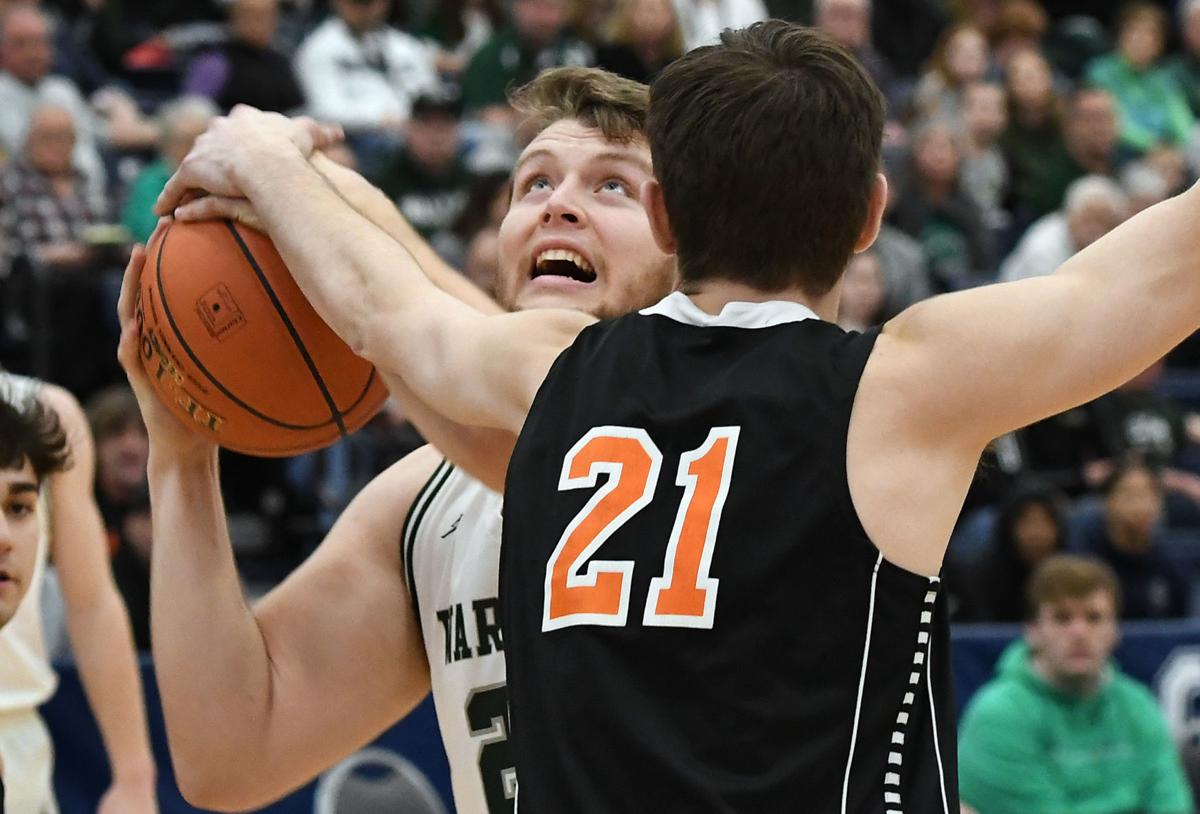 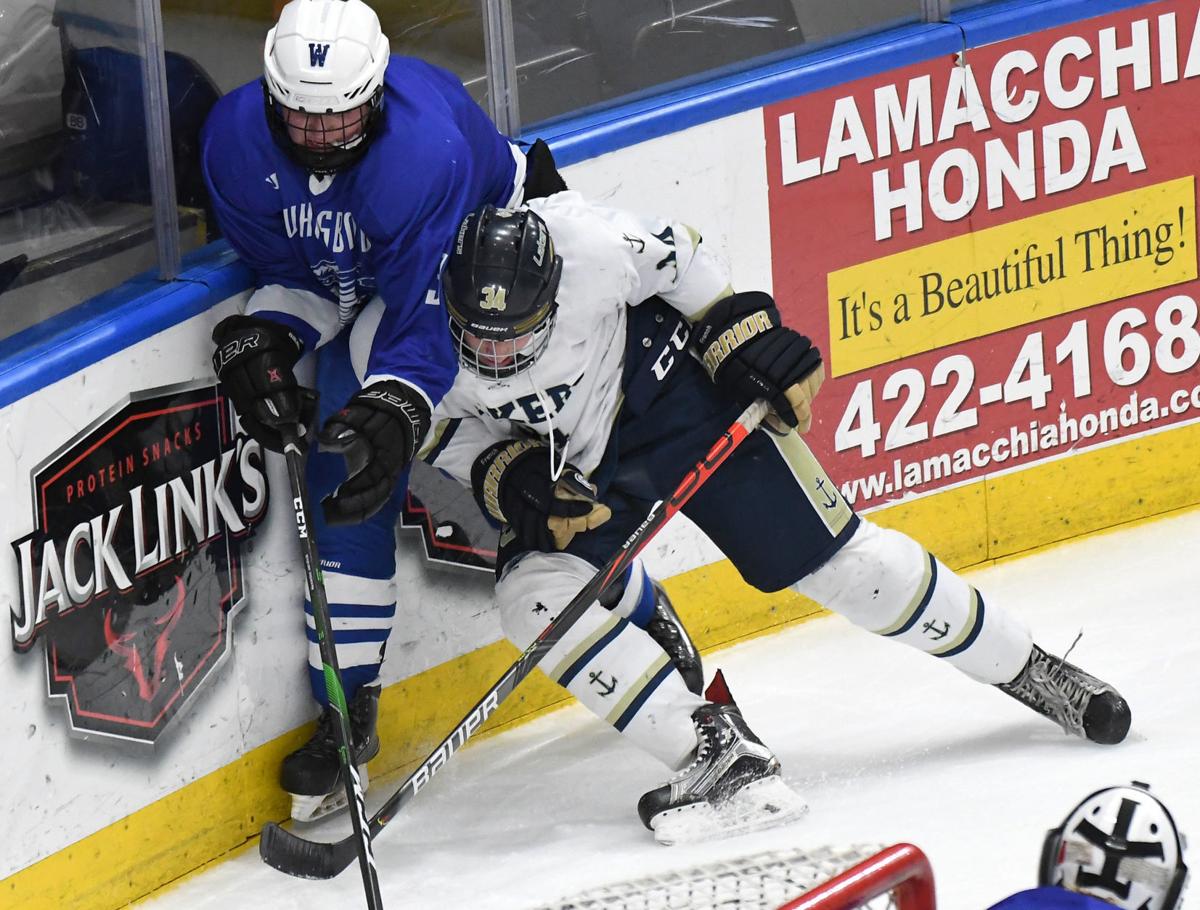 Two Cayuga County-area teams will be left wondering, "What could have been?" after the NYSPHSAA's decision to cancel the remaining winter championships on Monday due to the novel coronavirus pandemic.

And then there's Skaneateles hockey, the Section III Division II champion and NYSPHSAA regional champs. The Lakers were scheduled to play Section V winner Webster Thomas in the Division II semifinals at the HarborCenter in Buffalo, also on March 14.

With those games canceled, a lot of left unknown about what each team could've accomplished for the remainder of the season.

Defeating defending Class C state champion Cooperstown in the Section III finals, Weedsport won its first section title since 1980. In that game, the Warriors overcame a pair of 13-point deficits, including one as late as the opening minutes of the third quarter, to defeat the Hawkeyes.

With the sectional title monkey of its back, Weedsport had goals of achieving something much larger: a state title.

The Warriors weren't quite on the doorstep of a state championship — it would've taken three more wins, all against other section champs from around New York state — but an athletic roster and deep bench made Weedsport as good a candidate as any to win it all.

In the last NYSSWA rankings, released on March 18, Weedsport was slotted No. 2 overall in the state in Class C behind only Section I's Alexander Hamilton. The Warriors also finish the incomplete season with 22 wins, something only three other Class C teams in the state — Newfield, Section V champ Cal-Mumford and Section VI champ Randolph — can match.

With a win over Newfield in the state quarterfinals, Weedsport would've advanced to the state semifinals for the first time in school history. In the Warriors' previous two trips to the NYSPHSAA tournament, they were bounced in their first game. In 1980, Weedsport started 22-0 to win the Section III title, but lost its first game in the NYSPHSAA sub-regional to Section X's Norwood-Norfolk. In the 1977 state regionals, Weedsport held a 69-63 lead over Section IV's Lansing with 1:34 to go, but Lansing scored seven straight points to win 70-69 and prevent the Warriors from advancing.

With three more wins, Weedsport would've become only the fourth team ever from Section III to win the Class C title, and only the second boys basketball team from Cayuga County — Moravia was the first in 2017 — to win a state title.

Skaneateles is no stranger to state titles — the Lakers have won two Division II crowns since 2015 — but this year's squad was only two wins away from becoming the first back-to-back champ in the school's hockey history.

The last time Skaneateles was the defending state champ was in 2016, and the Lakers made it all the way back to the Division II championship game that year, only to lose to Section VI's Kenmore East in overtime.

In that 2016 final, Skaneateles held two one-goal leads in the third period, but allowed the tying goal with five minutes to go, then the winner with 40 seconds left in the first overtime.

Cruising to the Division II title in 2019, Skaneateles was on a warpath in 2020 in pursuit of another championship. The Lakers went 19-0-1 during the regular season — Route 20 rival Auburn was the only non-loser — and outscored opponents 15-2 through three playoff wins, culminating in a 6-1 victory over Section VI's Starpoint in the state quarterfinal.

In the state semifinals, Skaneateles was supposed to play Webster-Thomas, the same team the Lakers defeated in last year's semifinals.

No team in New York state has won back-to-back championships since New Hartford did so in 2010. The Lakers were also hoping to claim Section III's 24th state championship in hockey, the most of any section.

Editor's note: With sports on hiatus due to coronavirus, sports reporter Justin Ritzel is looking back on memorable high school games from his…

Sciria: We are apart but yet united

In a time when we have to remain apart, we have come together in a way we never could have imagined.

In a new installment of a high school sports series called "From the Cheap Seats," sports reporter Justin Ritzel looks back on a rare victory for Auburn boys lacrosse over West Genesee.

Amid the coronavirus pandemic, the State Department of Environmental Conservation is reminding New Yorkers that trout and salmon fishing seaso…

State championships for basketball, bowling and ice hockey have been canceled due to the coronavirus pandemic, the NYSPHSAA announced Monday morning.

Nate Kennedy: Fishing is made for social distancing

While gyms are closed, some Cayuga County fitness centers are still offering ways for people to stay physically engaged in their health.