Get the latest in your inbox!

We're delivering updates and highlights on the Summer Olympics daily to your inbox, including What to Watch, live coverage, schedules and medal counts.

TOKYO (AP) — The decades-long quest for the first Olympic gold medal for the U.S. women's volleyball team ended Sunday when the Americans finally broke through with a 25-21, 25-20, 25-14 victory over Brazil.

The United States, which had won three silver medals and two bronze since first getting on the medal stand in 1984, got to the top step by beating the team that denied it a chance at gold in the final match of the 2008 and 2012 Olympics.

Captain Jordan Larson, who was part of that silver-winning team in 2012 and the bronze medal team five years ago, paved the way with her leadership on the court and her strong play on the attack and on defense.

Larson and middle blocker Foluke Akinradewo Gunderson, who both came back for a third Olympics after falling short in Rio de Janeiro, now have a complete medal collection following the final Olympic match of their careers.

The victory also allowed U.S. coach Karch Kiraly to join Lang Ping of China as the second person to win gold as a volleyball player and then lead a country to gold as coach. Kiraly won gold indoor as a player in 1984 and 1988. He also won gold in beach volleyball in 1996.

The U.S. got off to a fast start by scoring the first four points behind strong attacking by Michelle Bartsch-Hackley. It never trailed in the opening, winning it 25-21 on a soft shot by Bartsch-Hackley that gave her eight points in the set.

The Americans played from ahead for most of the second set as well, and Larson's well-placed soft shot at the net put them up 22-17. They closed out the set when Carol Silva's serve went long.

That pattern continued in the third set, and the match ended in fitting style with a kill by Larson, completing a sweep by the Americans of all nine sets in the knockout stage. The U.S. players all gathered on the floor in a tearful hug.

Brazil had won gold in either men's or women's indoor volleyball in four straight Olympics, with the men claiming the title in 2004 and 2016 and the women in 2008 and 2012.

But it will leave only with a silver this year, after the women lost for the first time in Tokyo following seven straight wins. The men lost a semifinal match to the Russians and then the bronze medal game against Argentina.

Brazil played the match short-handed after outside hitter Tandara Caixeta was sent home before the semifinals following her suspension for a potential violation of anti-doping rules. Tandara's lawyer said a banned substance found in a July test was introduced accidentally into her system.

The U.S. also dealt with absences. Opposite Jordan Thompson, who led the Americans in scoring in the first three matches, didn't play again after rolling her right ankle in the fourth pool play match against the Russians.

But the depth that has made the U.S. one of the top teams the past two decades despite no gold medal overcame that and an injury that sidelined setter Jordyn Poulter for the quarterfinal. Annie Drews stepped up in Thompson's place and the U.S. didn't miss a beat.

The journey to this stage has been a long one for a U.S. women's team that started more than 40 years ago when the 1980 Olympic squad made the decision to begin year-round training, only to get denied the opportunity to compete because of a U.S.-led boycott of the Games in Moscow.

But the foundation had been put in place, and the Americans have won six medals in the past 10 Olympics and now finally have their gold.

In the bronze medal game, Serbia beat South Korea 25-18, 25-15, 25-15 to go home with a women's volleyball medal for the second straight Olympics. The Serbians won silver in 2016 for their first medal in the sport.

Get the latest in your inbox!

We're delivering updates and highlights on the Summer Olympics daily to your inbox, including What to Watch, live coverage, schedules and medal counts.

MLB lockout: What you need to know

MLB lockout: What you need to know 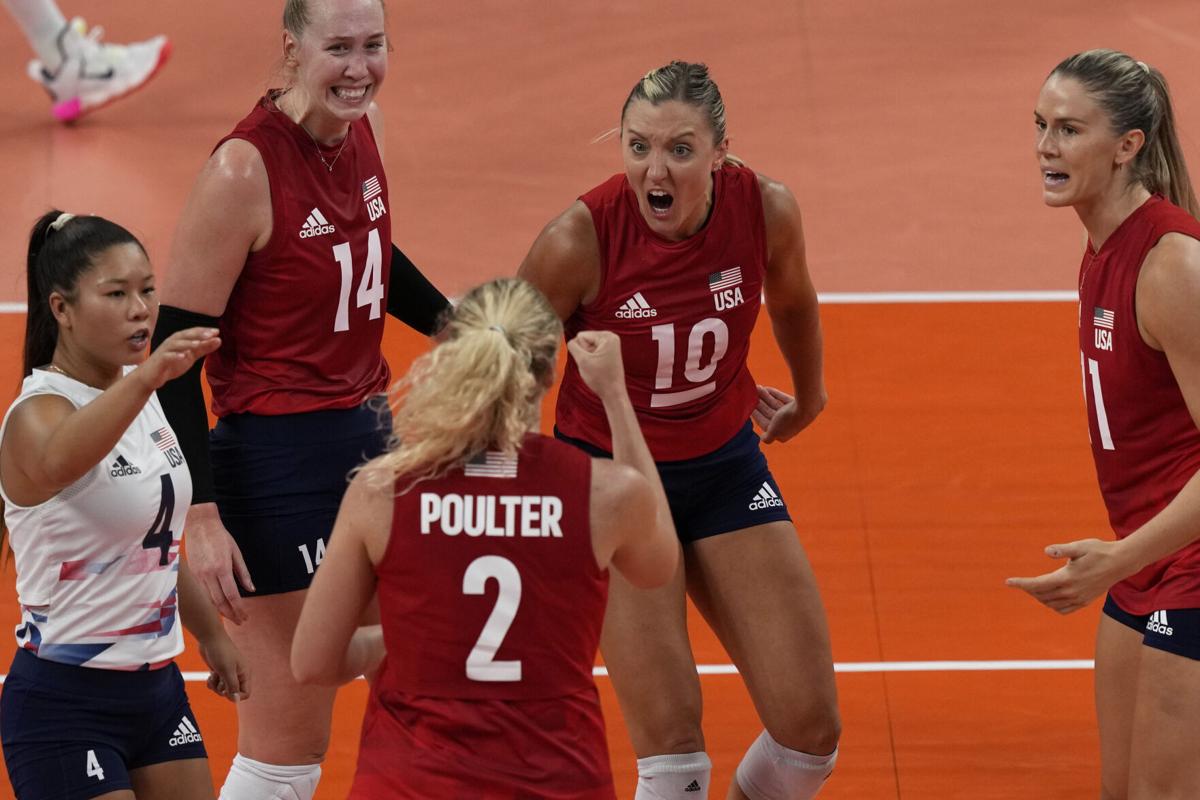 Players from the United States react while playing Brazil during the gold medal match in women's volleyball at the 2020 Summer Olympics, Sunday, Aug. 8, 2021, in Tokyo, Japan. 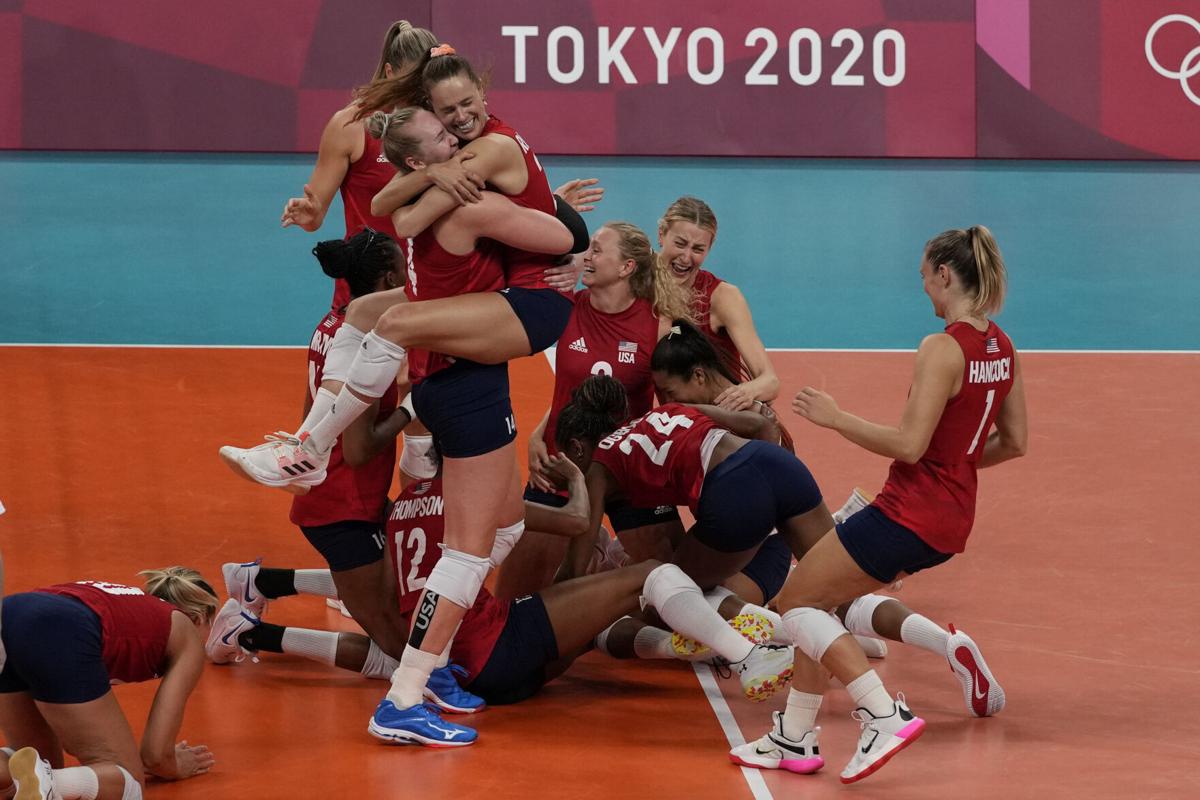 Players from the United States react after defeating Brazil to win the gold medal in women's volleyball at the 2020 Summer Olympics, Sunday, Aug. 8, 2021, in Tokyo, Japan. (AP Photo/Frank Augstein)