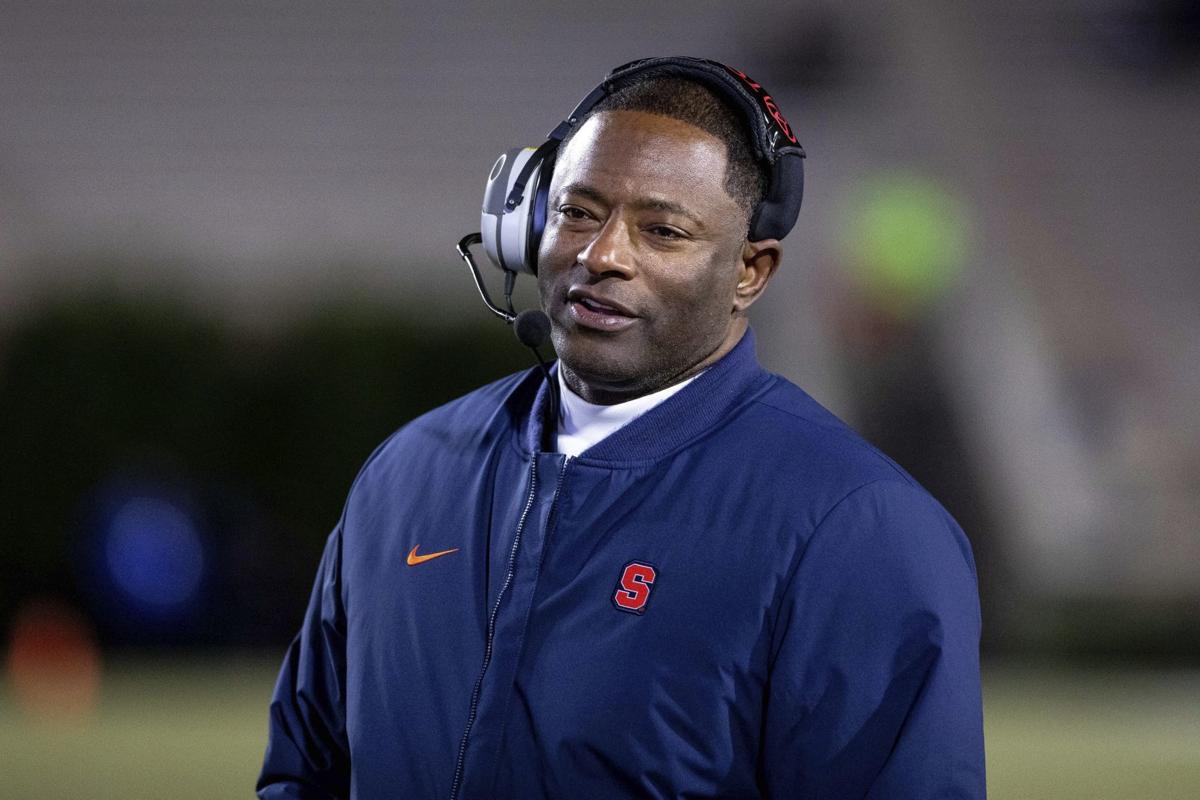 Syracuse coach Dino Babers smiles on the sideline during a game against Duke, Saturday in Durham, N.C. 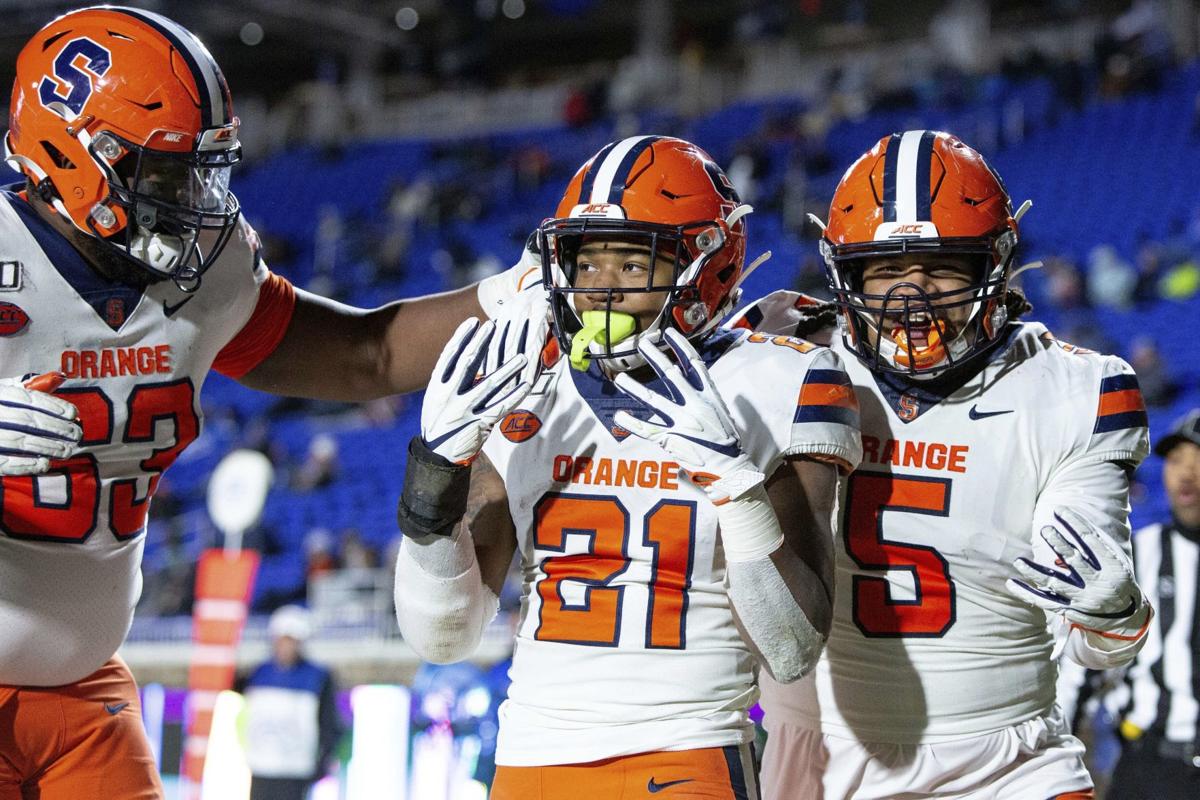 Syracuse is still alive in its quest to reach the postseason. Don’t bother mentioning that to Orange coach Dino Babers.

“We’re not falling in that trap anymore,” Babers said Monday in response to a question about bowl eligibility. “We’ve got Louisville at Louisville.”

Syracuse (4-6, 1-5 Atlantic Coast Conference) snapped its four-game losing streak on Saturday with a 49-6 rout at Duke and winning the final two games would qualify the Orange for the postseason. After Louisville (6-4, 4-3), Syracuse closes the season at home against Wake Forest (7-3, 3-3).

The victory over the Blue Devils was dominant for a team that entered the contest as 10-point underdogs. The ground game produced 115-yard performances by both Moe Neal and Jarveon Howard, who each scored, the defense had three takeaways in the third quarter that were converted into touchdowns and Tommy DeVito was efficient, scoring on a 1-yard run and throwing for two touchdowns.

It doesn’t get much better than that.

“By far, defensively, offensively, that was the best effort of the season and the score reflected that,” Babers said. “That was a very, very convincing win. It was thorough. It was extremely thorough.”

That it came against a team that also has been struggling was not lost on Babers. Duke has now lost four straight, the last two by a combined 87-13, and is dealing with several injuries, including to center Jack Wohlabaugh and left tackle Casey Holman, who was hurt in the first half of Saturday’s game.

“That team was extremely banged-up,” Babers said. “That’s what happens when you get to this stage of the season.”

The Orange defense, led for the first time by interim defensive coordinator Steve Stanard in place of the fired Brian Ward, was bolstered by the return of senior lineman McKinley Williams, who suffered a foot injury in preseason camp. He finished with three tackles, including a half sack in his first game of the season, while Andre Cisco returned his 10th career interception for a touchdown, a first for the standout sophomore safety. Duke finished with 279 yards offensively in 85 plays.

“I thought it was a good game plan (defensively),” Babers said. “I thought the kids executed the game plan and I think there were some things that went our way.

“It will be interesting to see how it goes this Saturday because the offense that we’re about to play is a lot better than the offense we just played.”

DeVito’s final numbers were modest at best — 6-of-15 passing for 105 yards with zero turnovers while being sacked just once, a rarity this season (Syracuse leads the nation in sacks allowed with 46). Experience-wise, DeVito pretty much has a full season under his belt now — he played in eight games last season as a redshirt freshman and led the Orange to two victories in relief of injured starter Eric Dungey. DeVito has a streak of 146 consecutive pass attempts without an interception, the third-best mark in the country. His last pick came on his final throw against Holy Cross of the Football Championship Subdivision in late September.

“I just think he’s settling down,” Babers said. “He’s about 12 games in. We’re starting to see some growth in some areas. Hopefully, we need to see even more growth before we move on to the next chapter because this chapter’s not done yet.

More in Catch up on Syracuse vs. Louisville football pre-game coverage (3 of 5)

Syracuse coach Dino Babers smiles on the sideline during a game against Duke, Saturday in Durham, N.C.